The worksite - adjacent to the Sea Breeze Marina 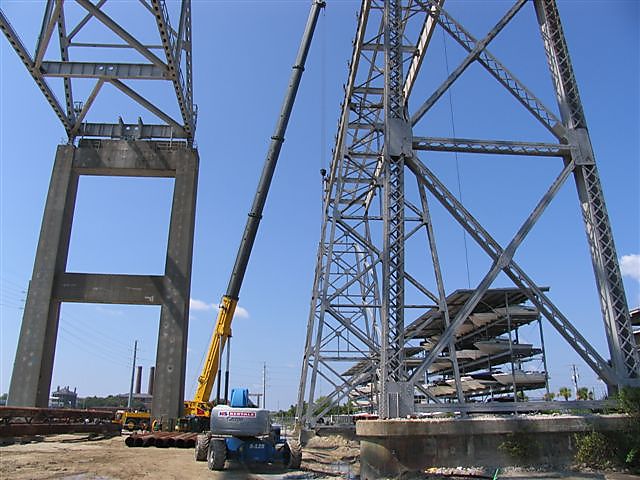 Chris and his 7550 holding up elderly Grace 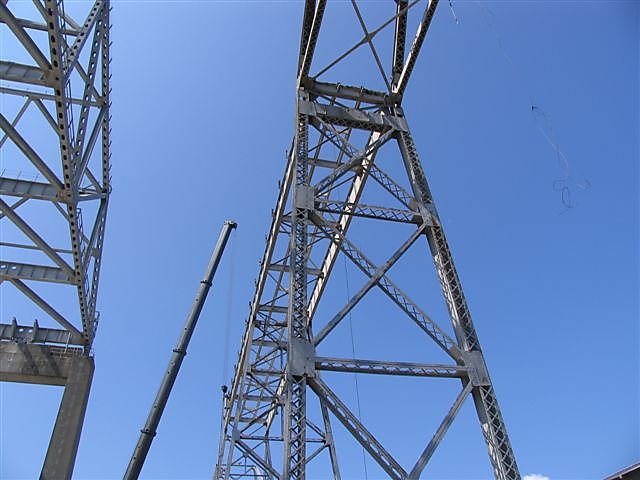 Carlos with the big V and Lewis supervising the big V 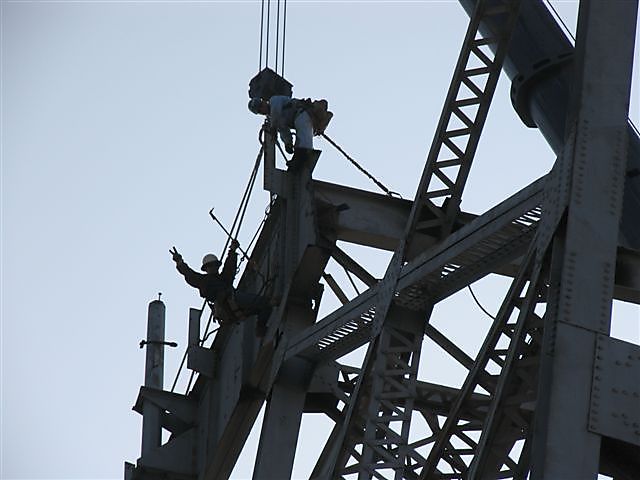 Two acrobats: Carlos on the left, Lewis on the right 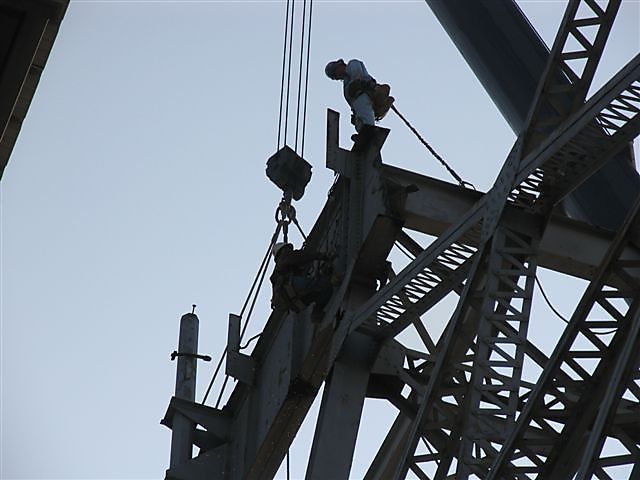 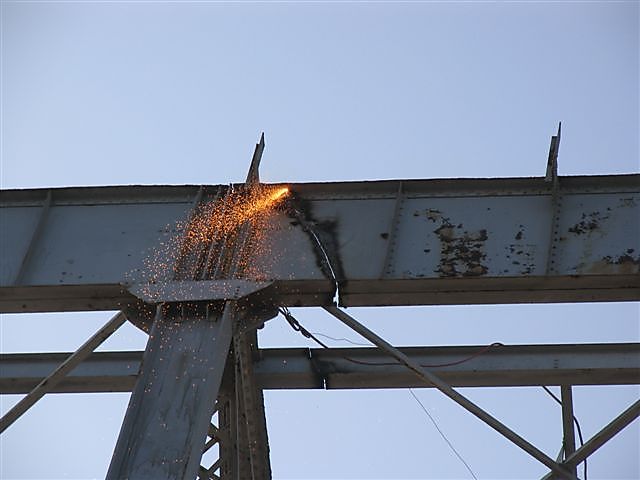 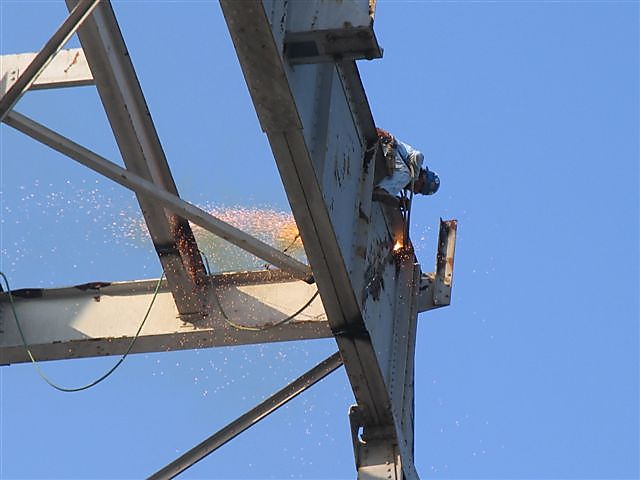 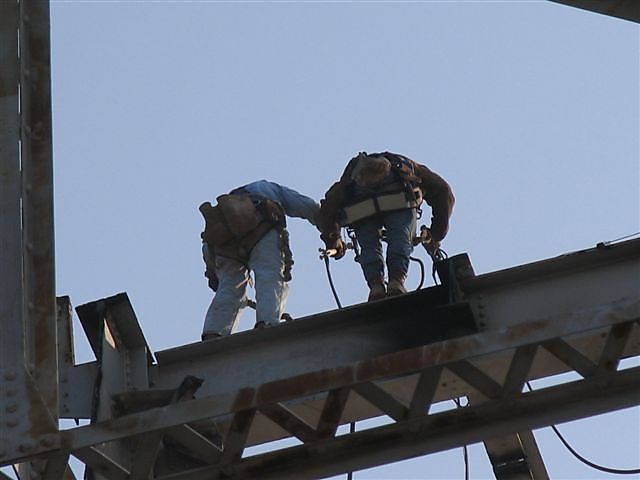 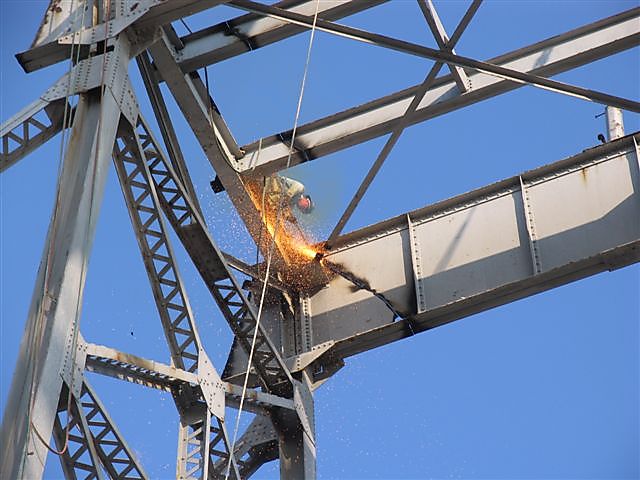 Lewis checking it out 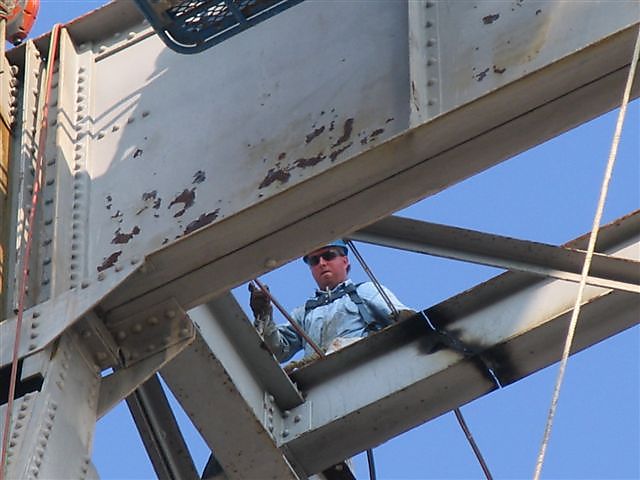 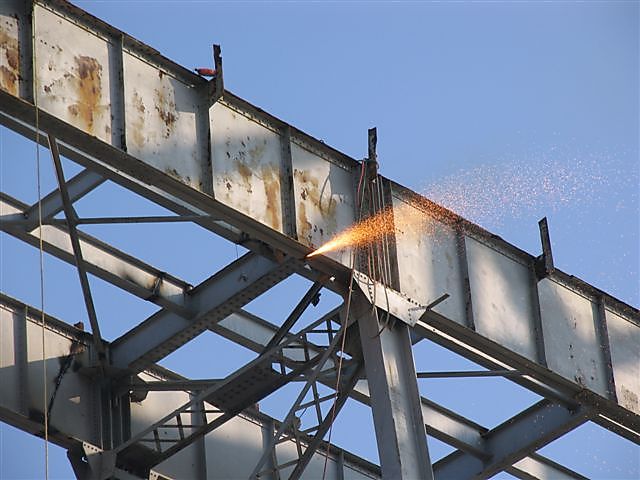 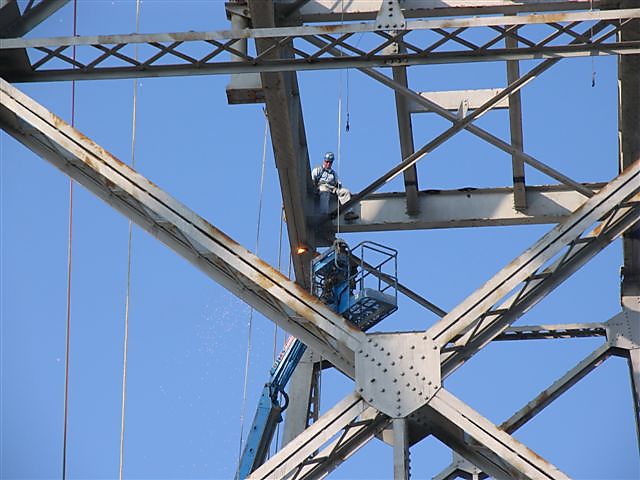 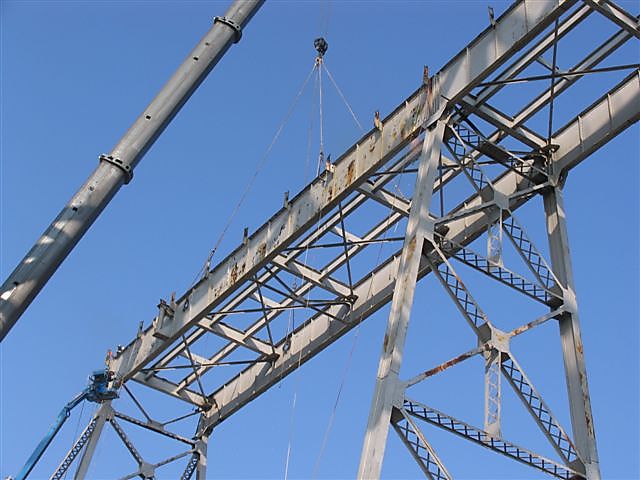 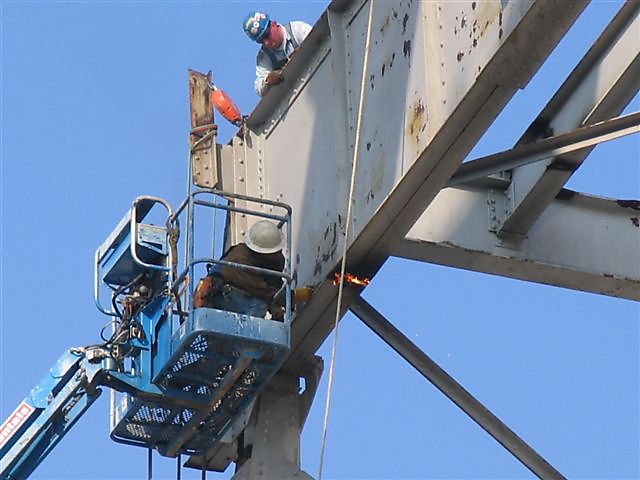 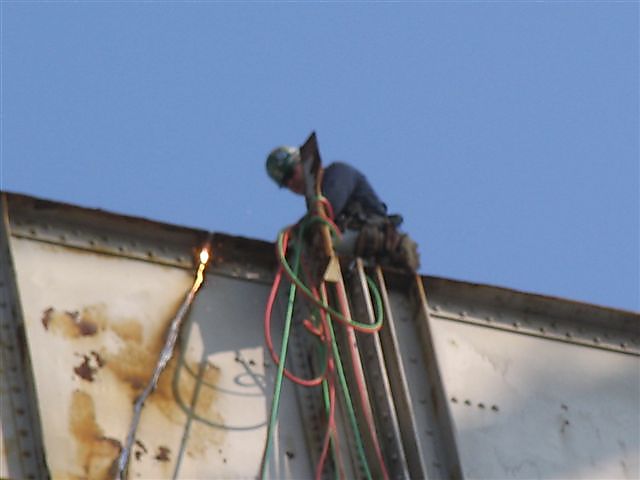 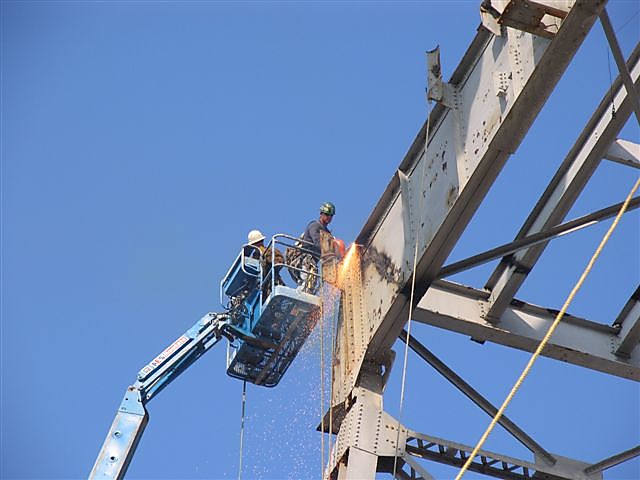 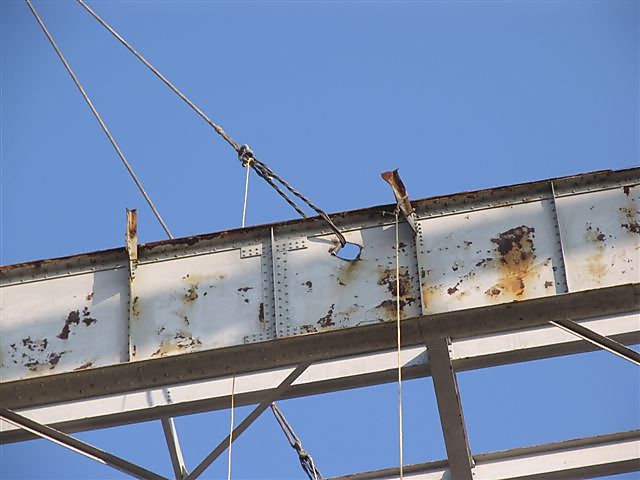 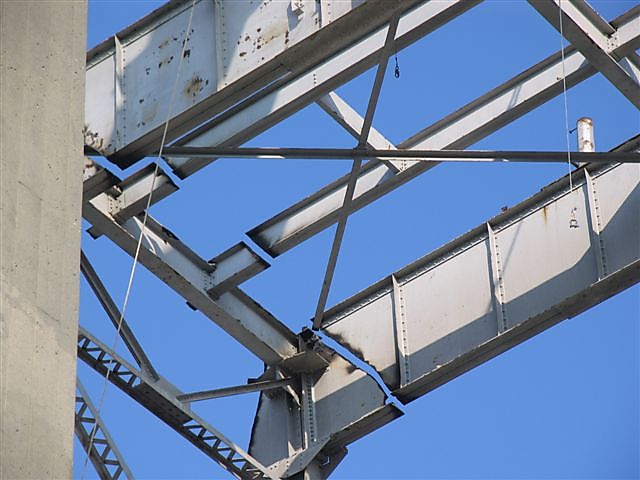 slowly up on the right 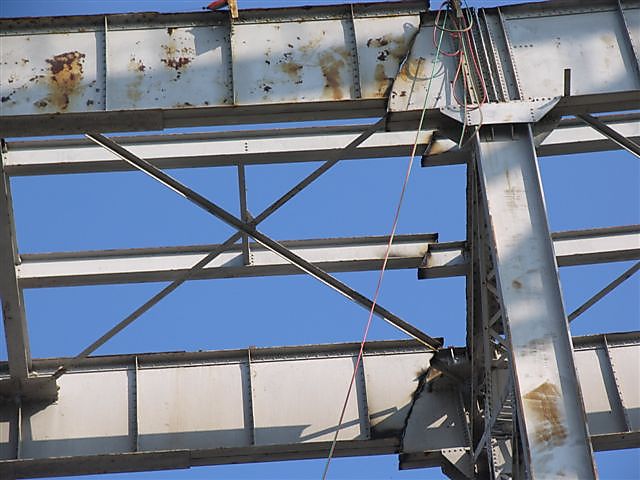 Then sliding to the left 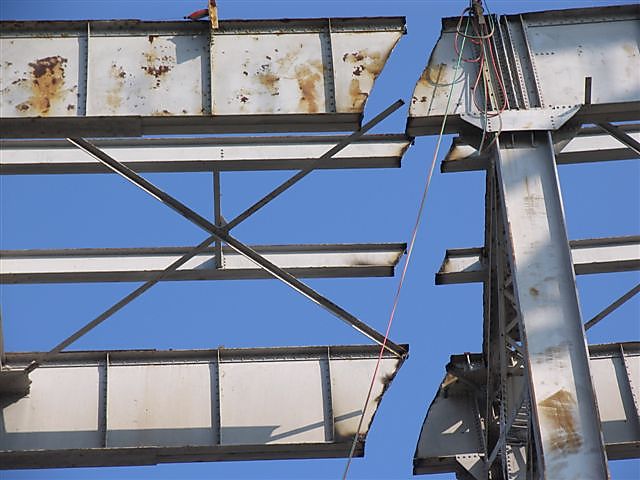 the up up and away with Grace. Watch a synthesized video from Sparky's photos - Click here 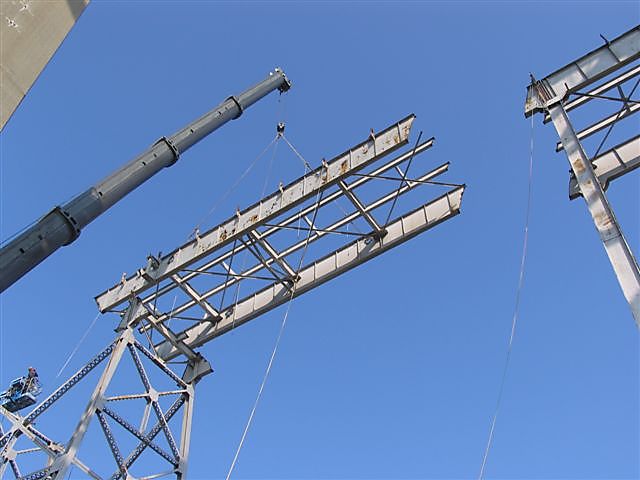 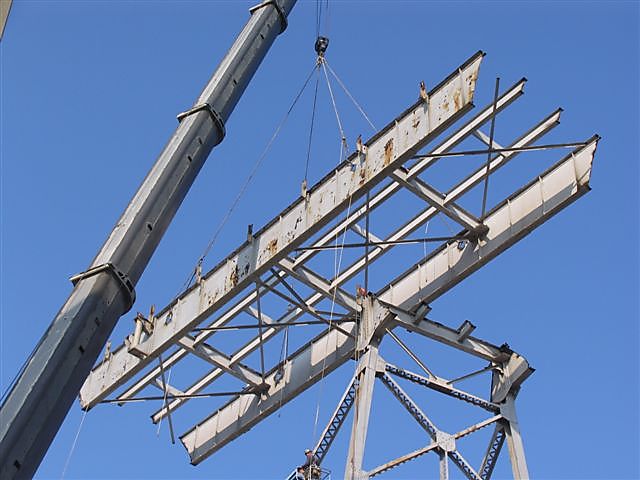 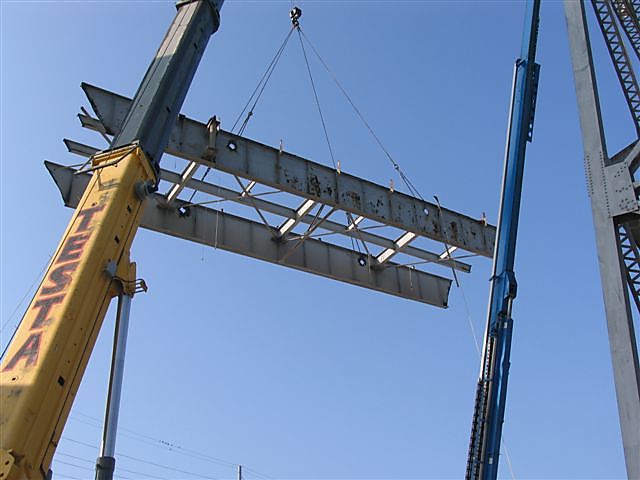 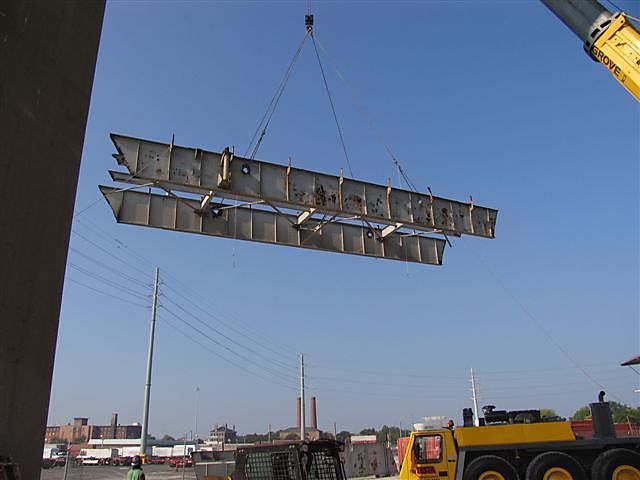 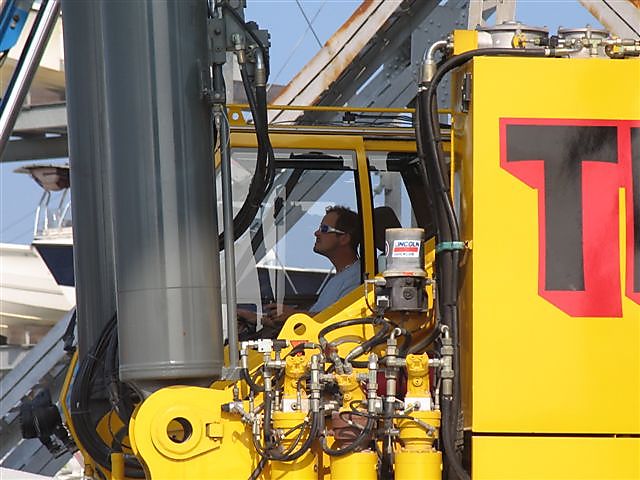 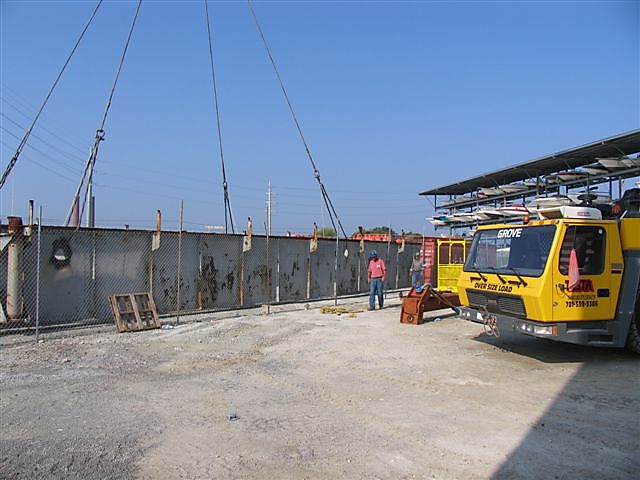 Lewis, Carlos and Robbie ready to start the next section 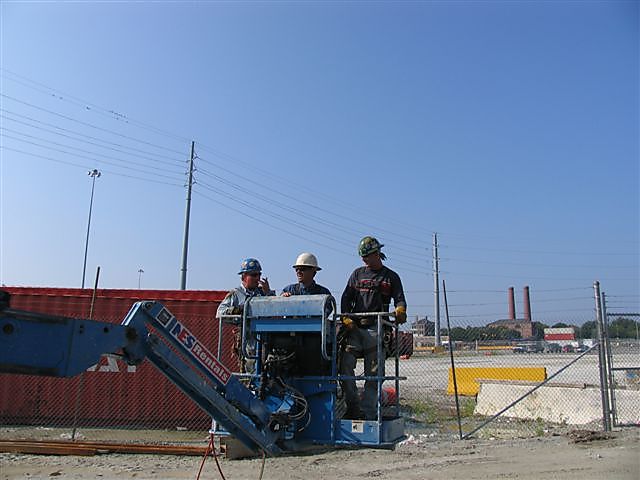 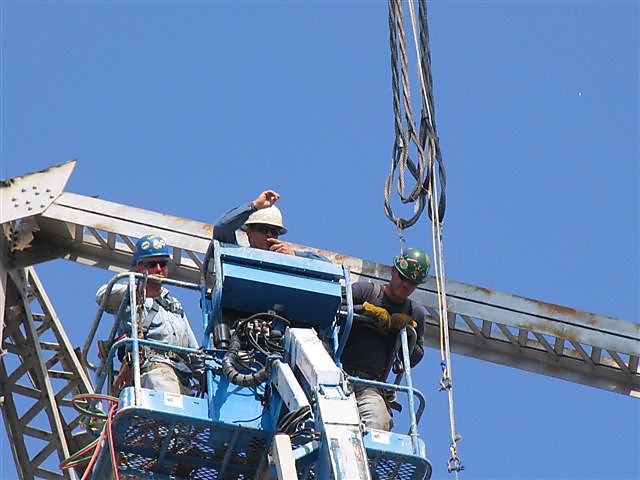