This is part 3 - Detaching Grace from her foundation. In part 1 Chris, his 7550 and his iron-worker acrobats removed the roadway support girders from the top of the pier. In part 2, we watched Chris, Lewis, Carlos and Robbie do a little divide and conquor act. They removed the midsection of the Grace pier. Here, the detach the pier form the concrete base and then Chris does a lifting act. 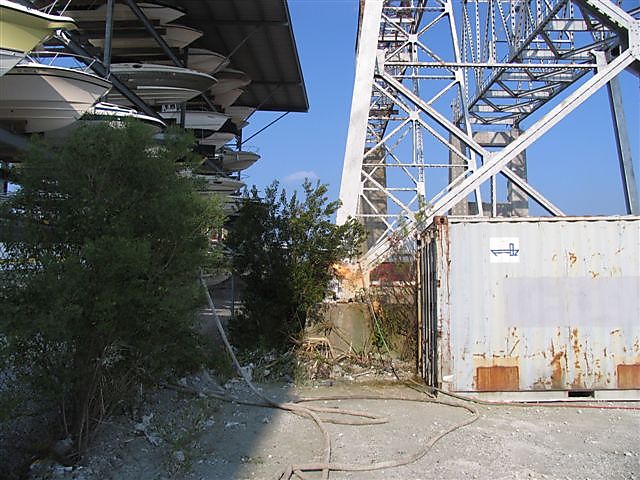 Here Carlos is inspecting the coupling to the concrete footing. 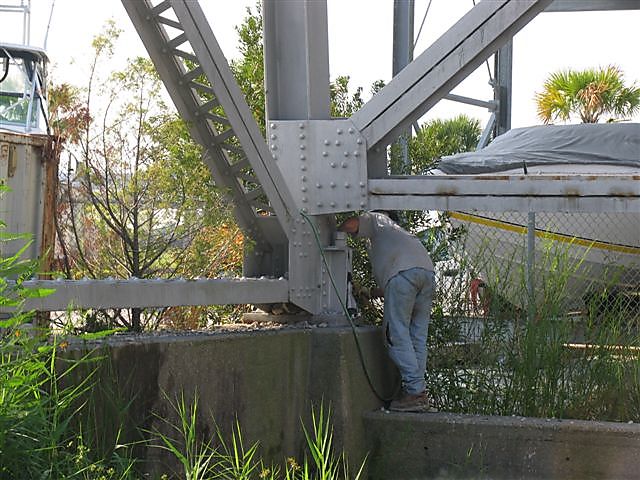 And then starts his burn 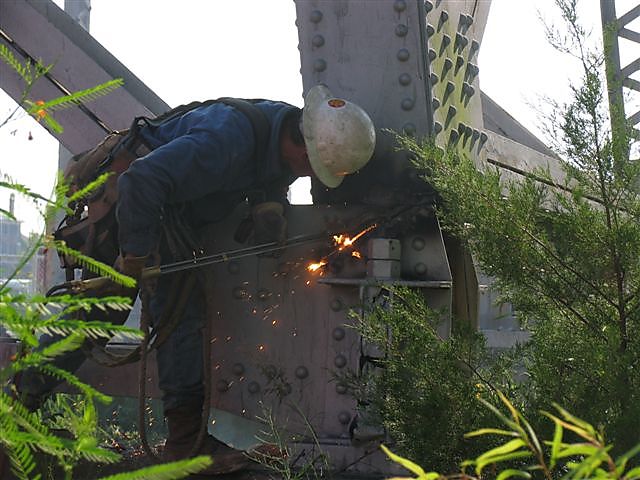 and it looks like the paint decides to burn 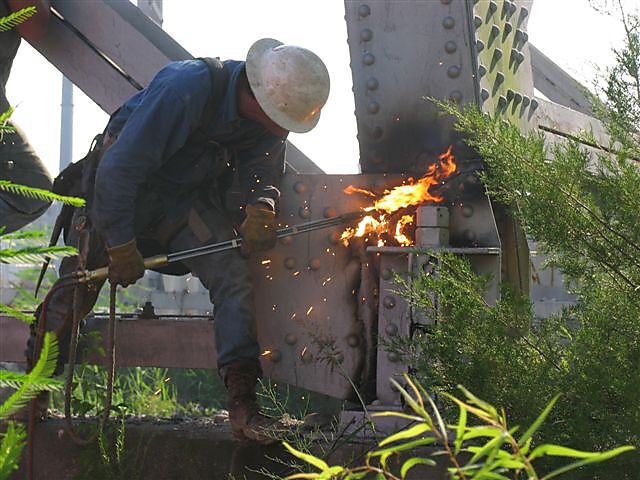 Cutting around another footing 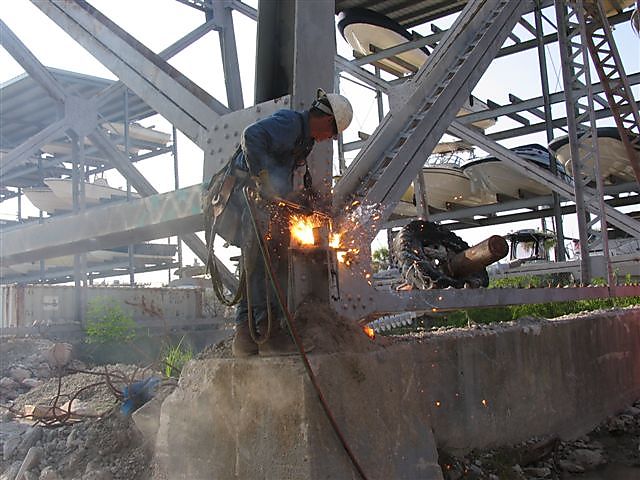 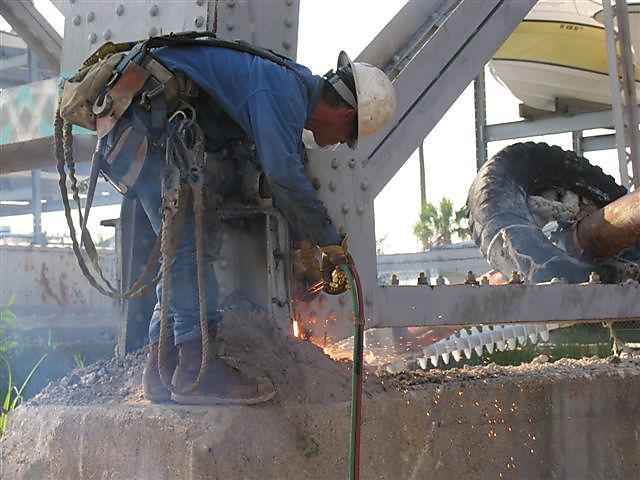 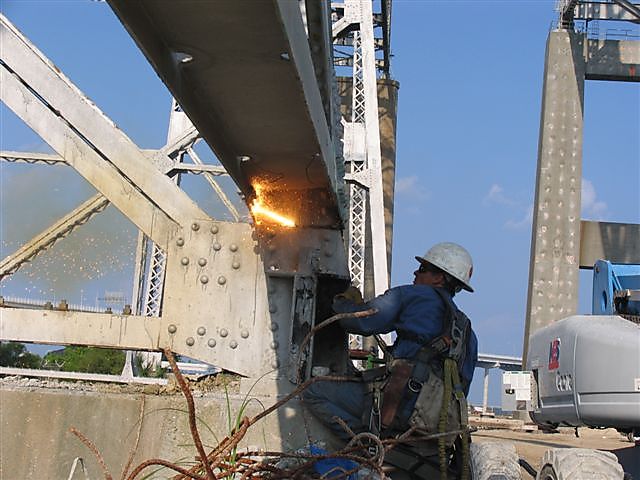 Robbie is working on around another of the footings 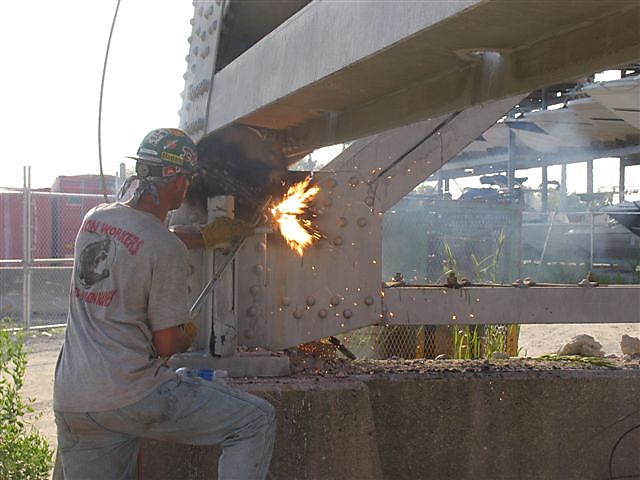 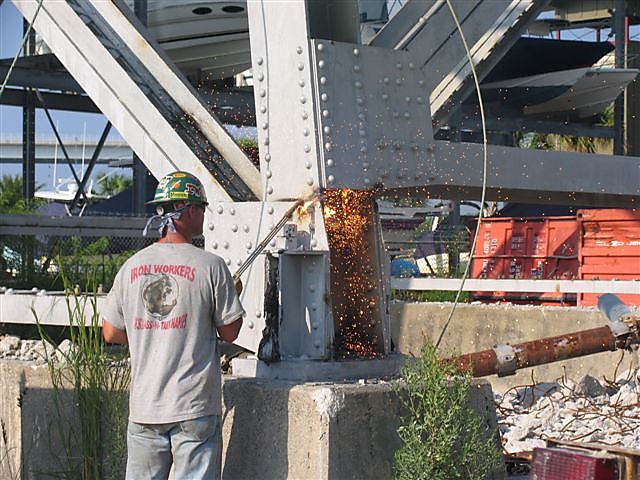 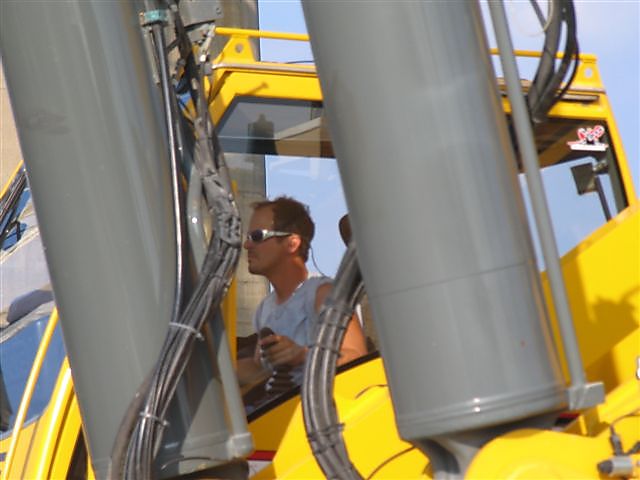 Once free, Chris gently lifts the structure off the concrete footings 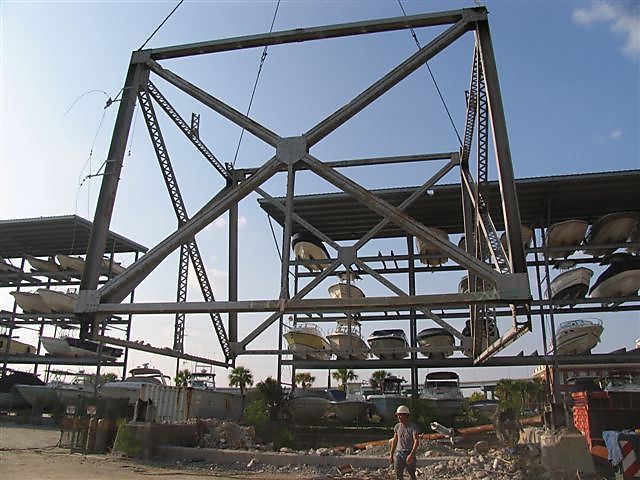 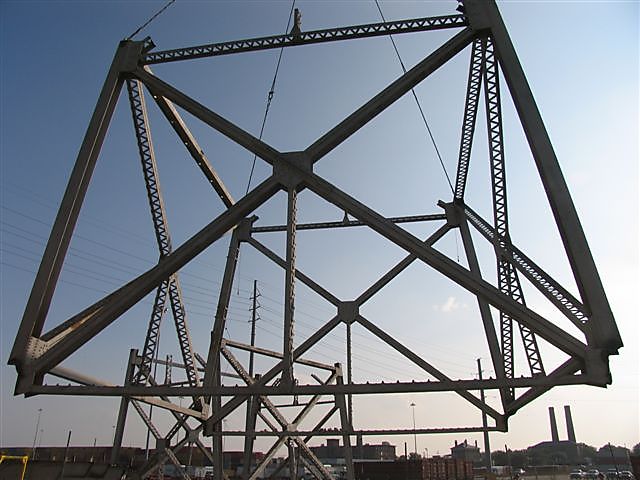 A good look at Chris at his best 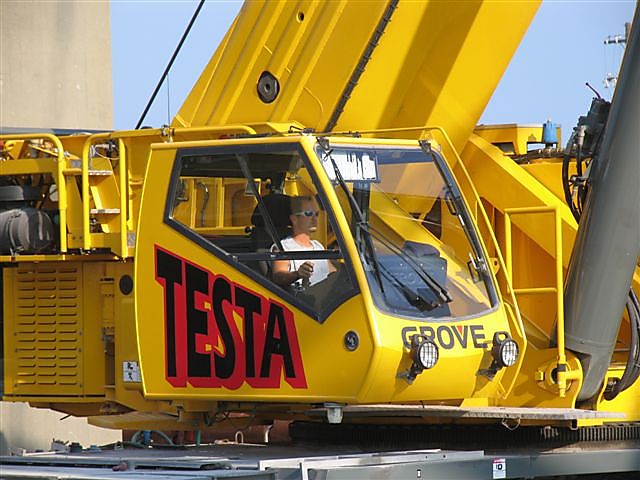 then gently lowering the section 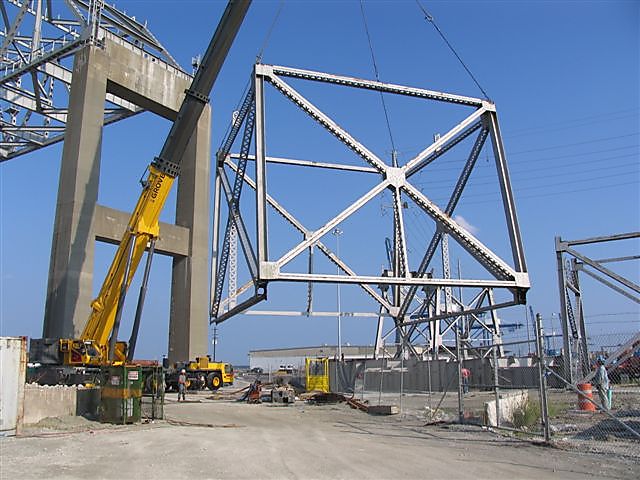 down to the ground - with Lewis (?) directing traffic 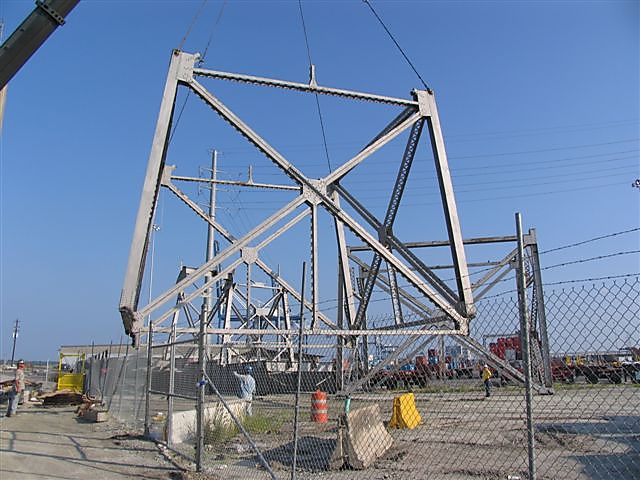 And down it rests 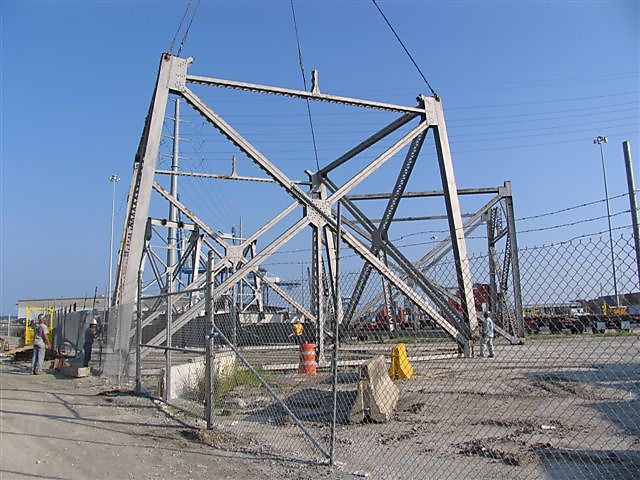 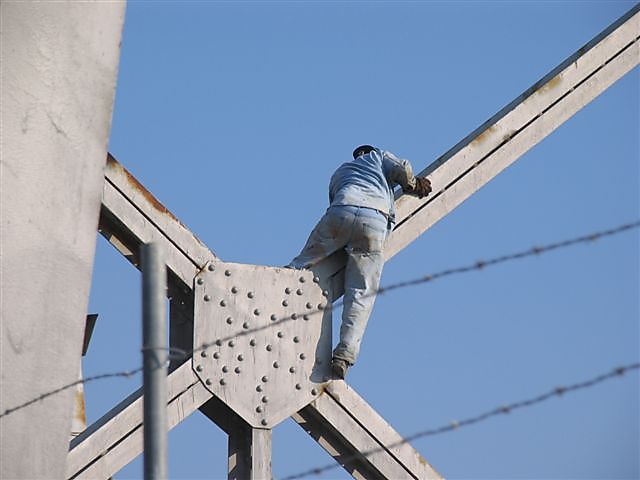 and the section is free 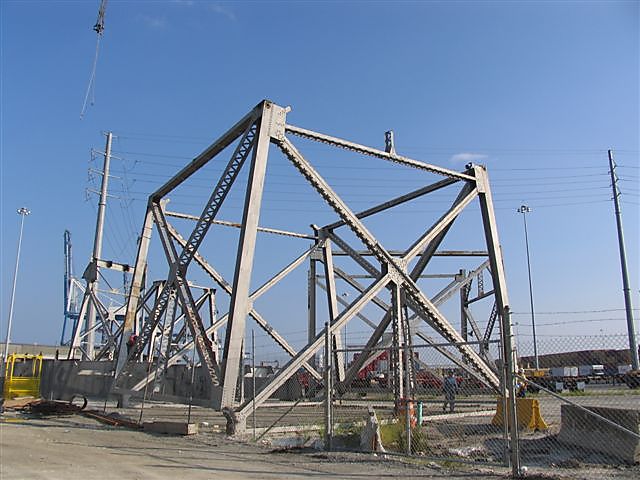