Lots of small projects going on with the unbuilding. Here is the base of the foundation structure that will stabilize the Grace truss section while they unbuild it. 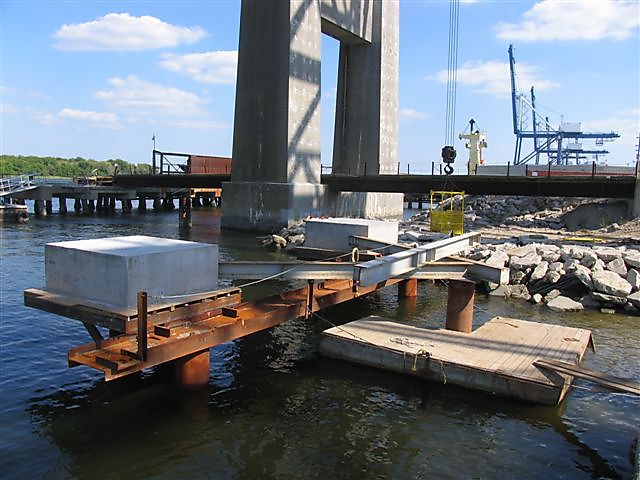 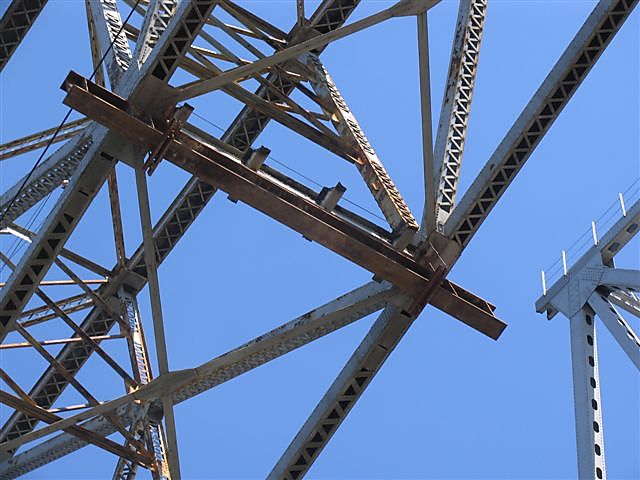 On the Mt. Pleasant side, work continues on building the observation pier. But gone is the roadway to the Grace. 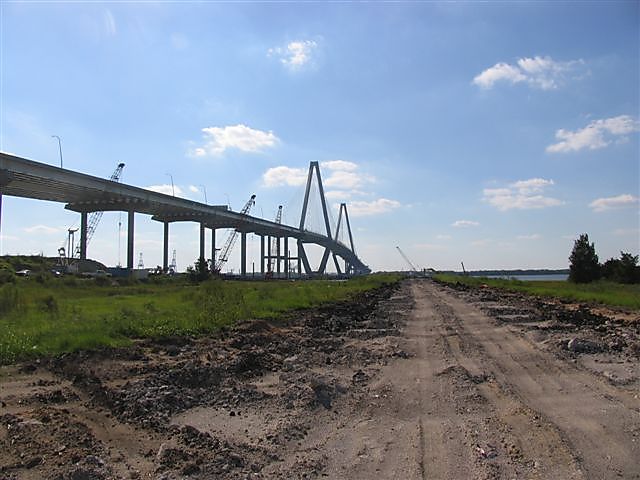 Looking toward the new condo complex - in March when I left, there was nothing here except placing the pilings 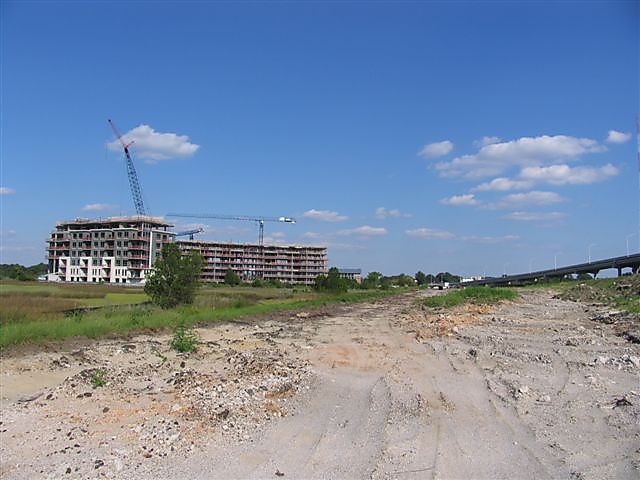 Now look at Grace's feet sticking out of the water 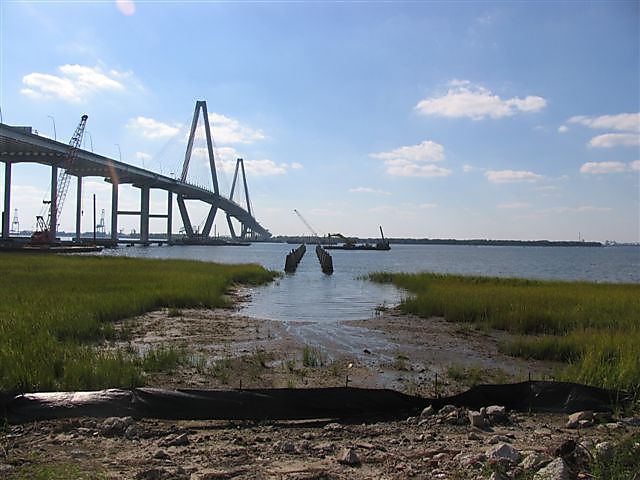 A closer look - Cleanup continues around the shipping channel and a grapple in the ready position. 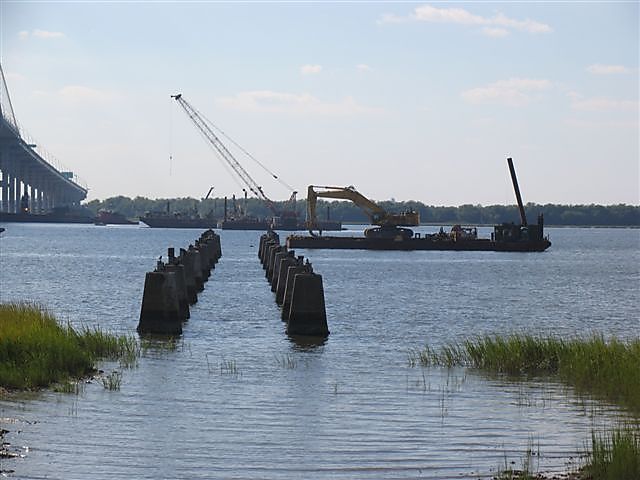 Hmmm - here is Michael's 1250 with a grapple connected. The idea was to pull up the each of Grace's feet. But the 80 ton load was a bit of a surprise. So its innovation time with Michael (Testa), Ken (Cashman) and Mickey (Advanced Blasting Services). Stay tuned. 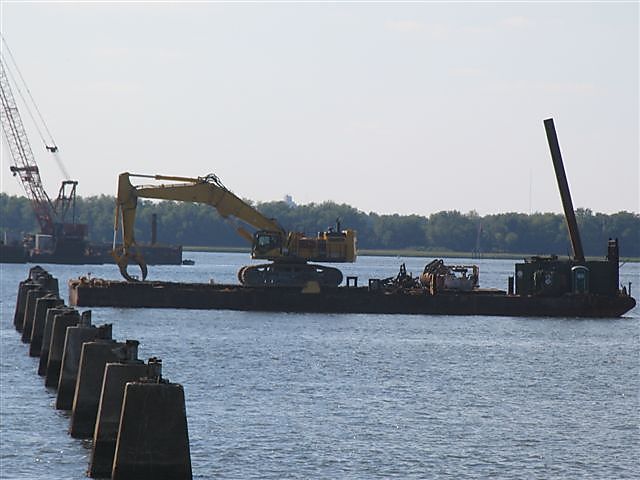 And progress on the observation pier 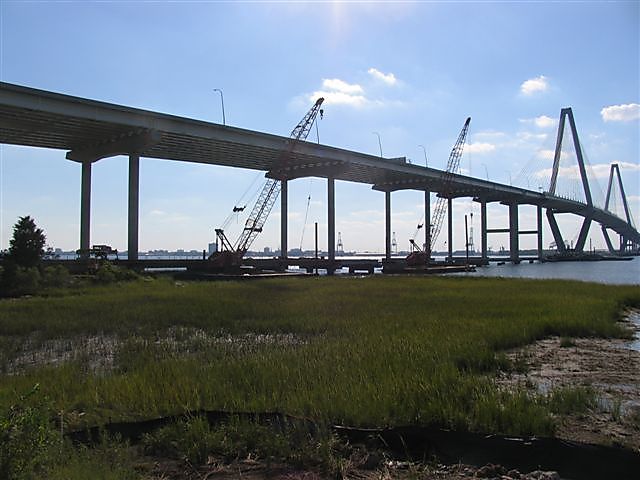