Meanwhile, managing the removal over the waterways is a different story. Basically, the debris from the work on the bridge must not enter the water. To catch the debris, a group of barges are used to span the potential area of falling debris. While this is great in theory - the continued use of the ship channel means that each time a ship enters the channel, the barges must be moved out of the channel and work stopped.

First, an overview. The Cooper River ship channel, the Pearman superstructure and pair of barges is placed under the roadway to catch any debris that might fall during the cutting and removal operations. 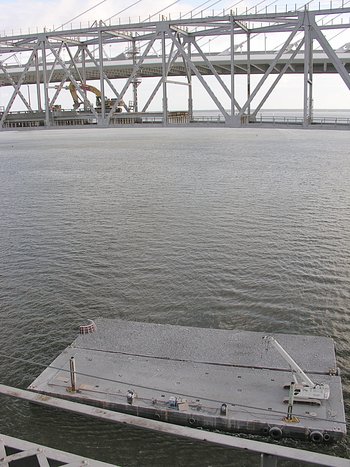 When a ship approaches the channel, not only must work stop while ships pass under the bridge but the barges must be moved before and then repositioned after passage of the ships. Because of Katrina, the shipping traffic to Charleston has increased dramatically resulting in frequent work breaks. Entering the work area - 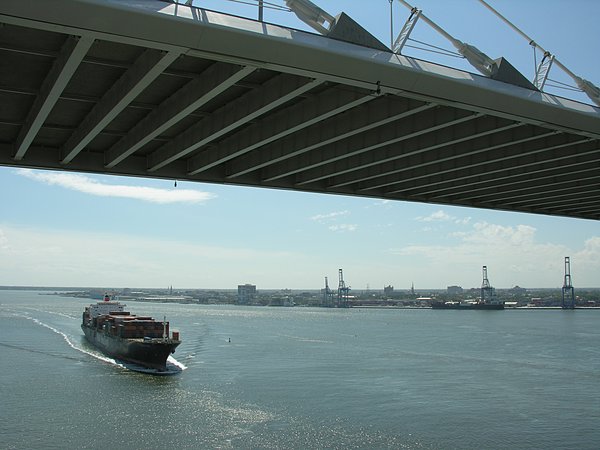 and leaving the work area - 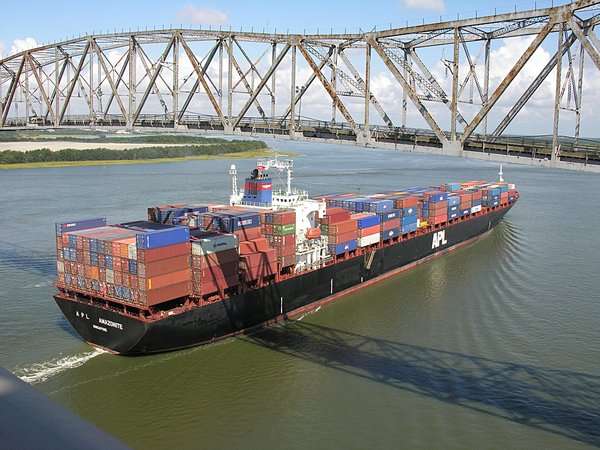 Obviously, the rate of roadway removal is dramatically slowed which creates a little chillin' time while the ship passes and barges are repositioned 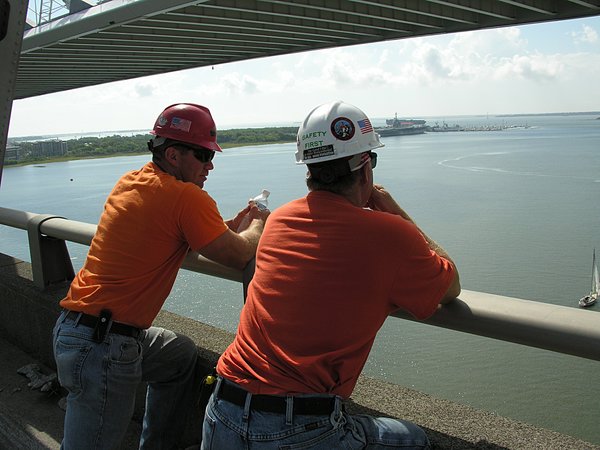 Segmenting the roadway into management chunks

What a surprise to see that removing the roadway is not simply unpouring the concrete. It is cut in 7 foot segments by a motorized concrete cutting machine complete with water cooling the diamond tipped blade (I'm guessing about the blade).

Here Rich (working for Concrete Cutting and Breaking Inc.) is operating a 120 HP, V-6 parapet deep-cut saw and is lowering the blade onto the roadway surface to start a transverse cut (from right to left) 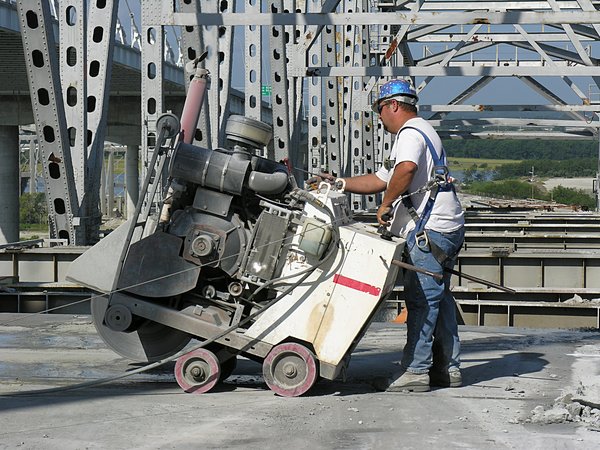 stopping at the edge of the roadway. 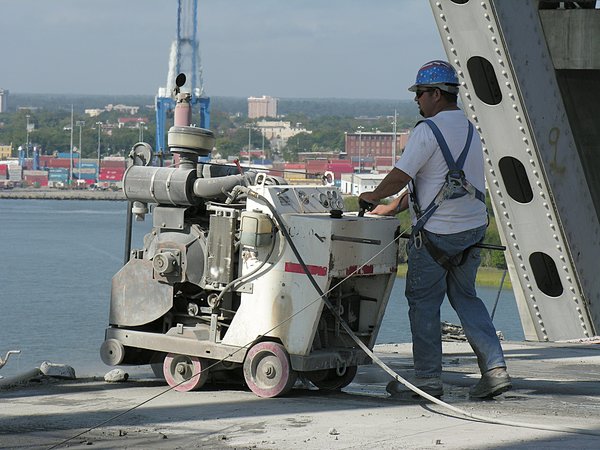 and then continuing from left to right 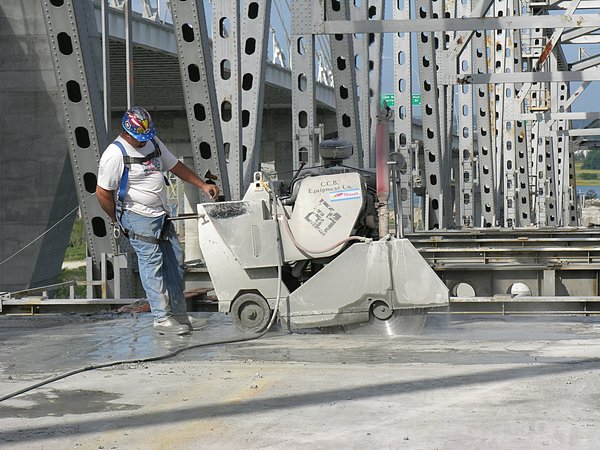 Once the transverse cuts are complete, two longitudinal cuts are made dividing the strip into 2 segments. 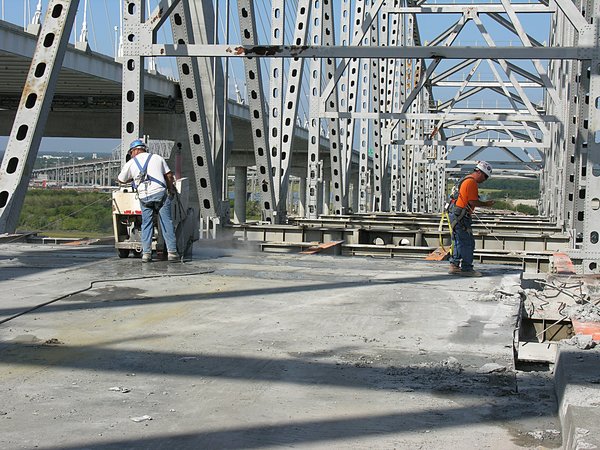 Here Pio is using one of his modern communication devices to coordinate bridge work with cargo ship passage up and down the Cooper River. 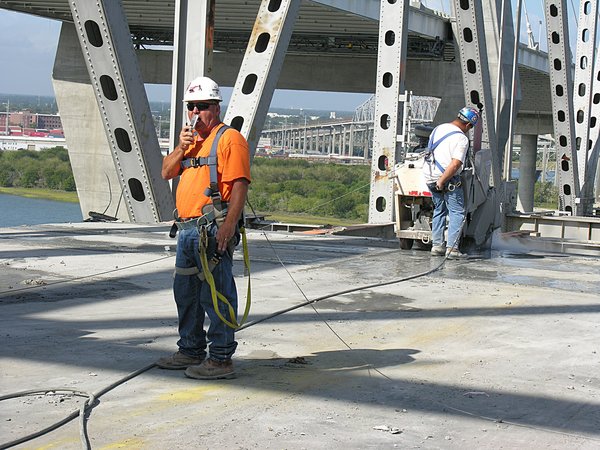