Pio is man in motion - a working supervisor - always thinking, always concerned, always inspiring, always directing, and ocassionally smiling. Here is a short photo essay of Pio in action: Pio thinking (while a ship passes under the Pearman work site) and when he is not thinking he is directing using his multi-mode communicators: mobile phone in this right hand and air horn in the left (to signal the barge guys) and mouth in the middle 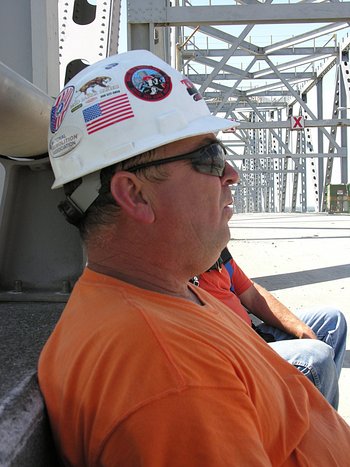 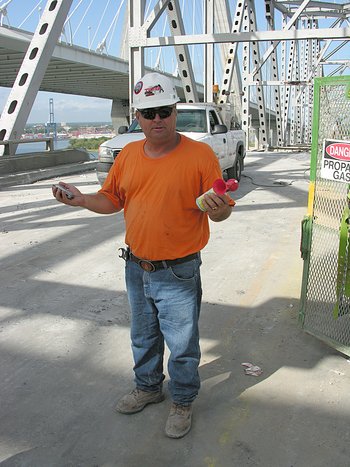 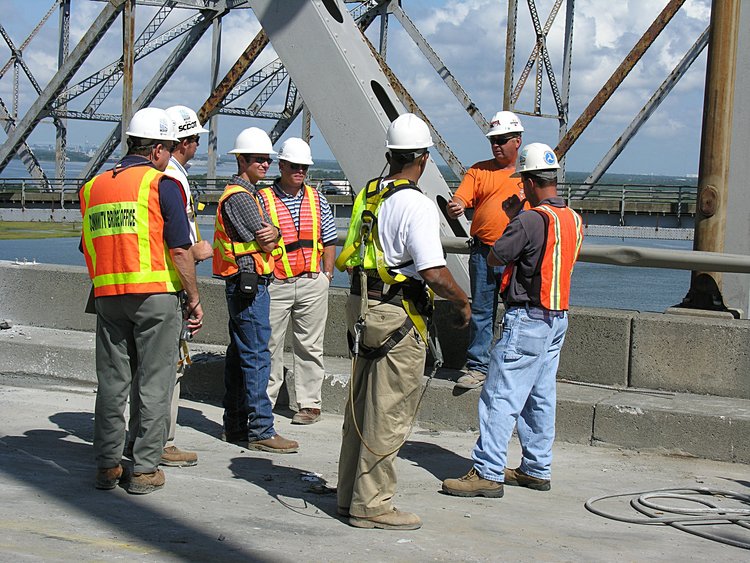 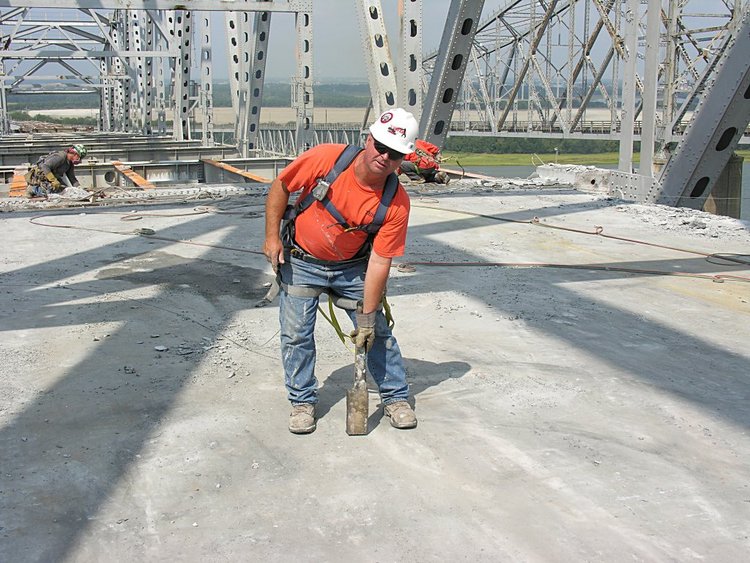 Pio as a detective - even after extracting the tooth (just in front of Mike's left foot), what is holding the expansion plates in place? 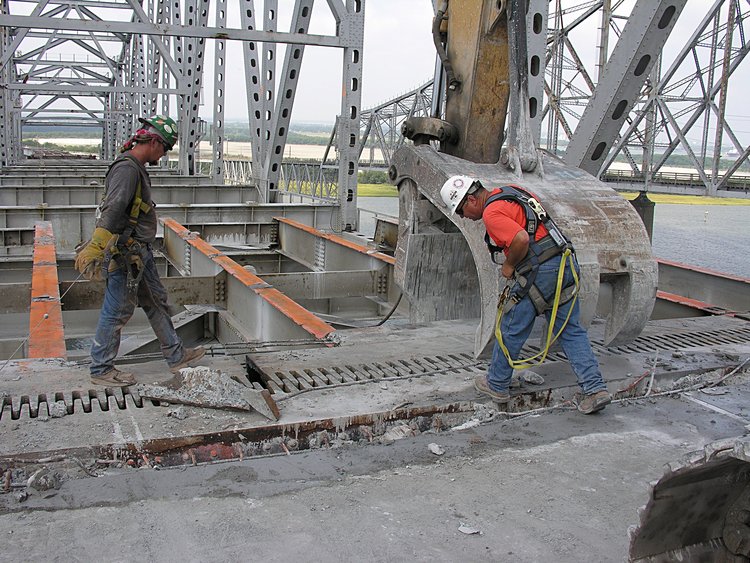 Everyone wants a discussion with Pio - what is the next surprise? 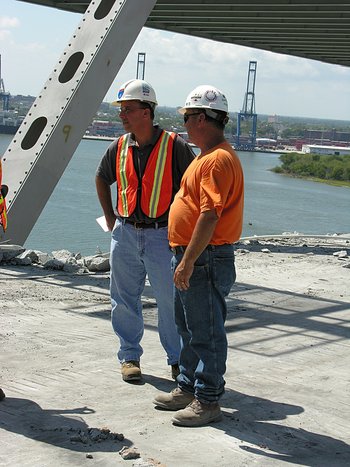 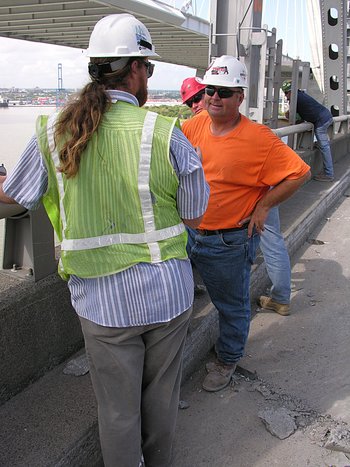 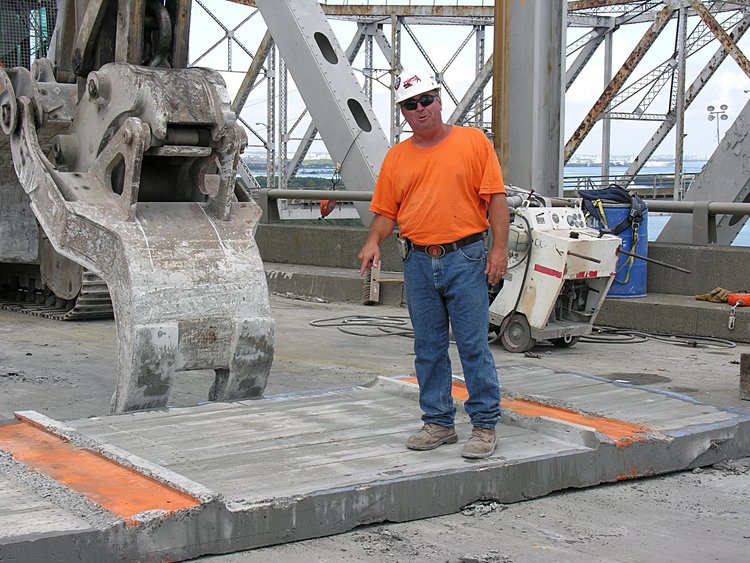 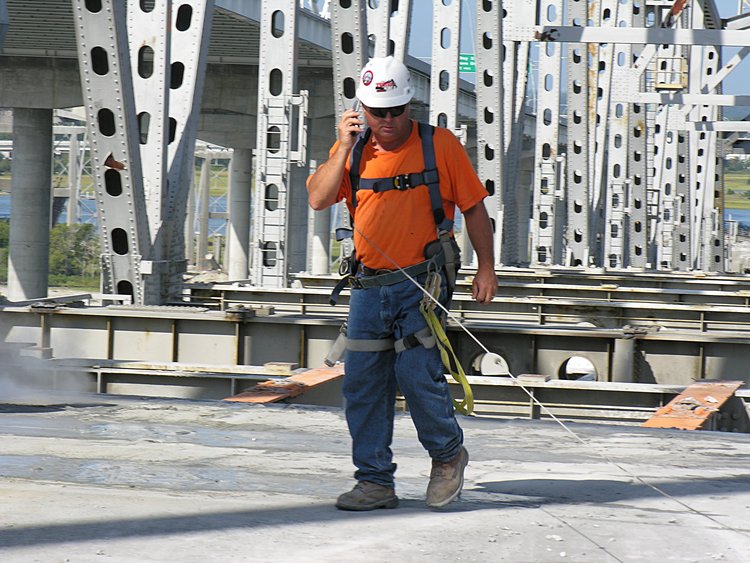 Pio cleaning up after everyone else 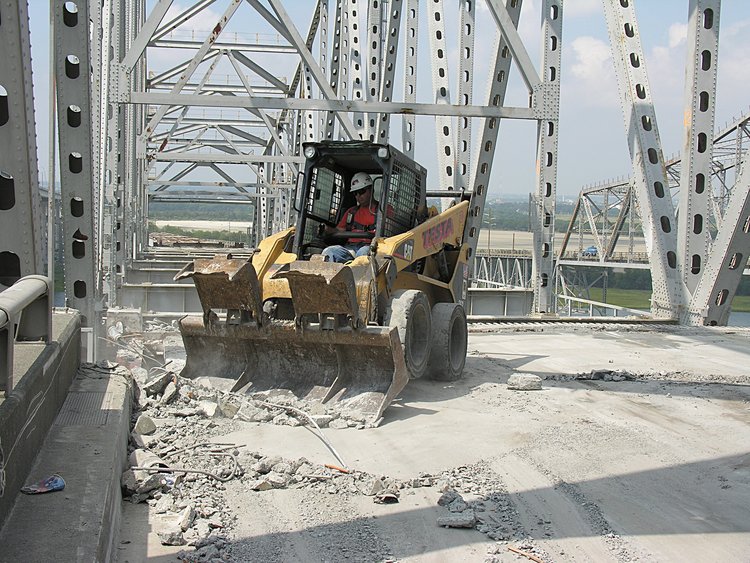 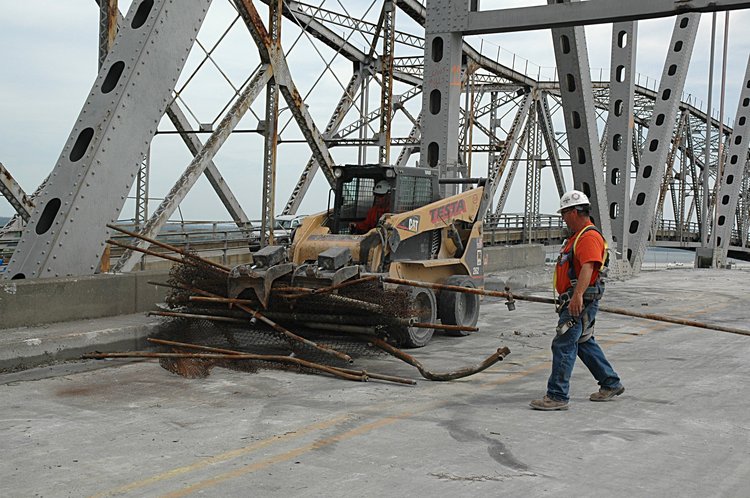 and Pio can actually smile 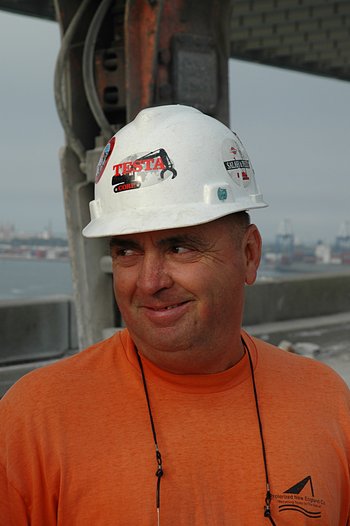