Watching from the Grace Bridge, here Pio, Michael, complete with his CAT 345 grapple and surgical skills, Jim with his forklife and superb driving skills, uproot each segment and transport it to the base of the bridge for recycling 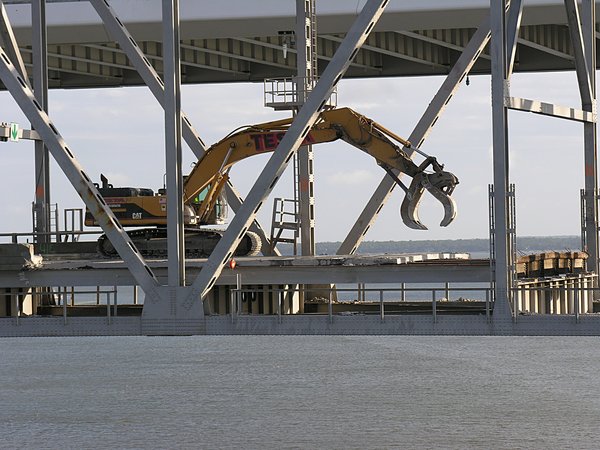 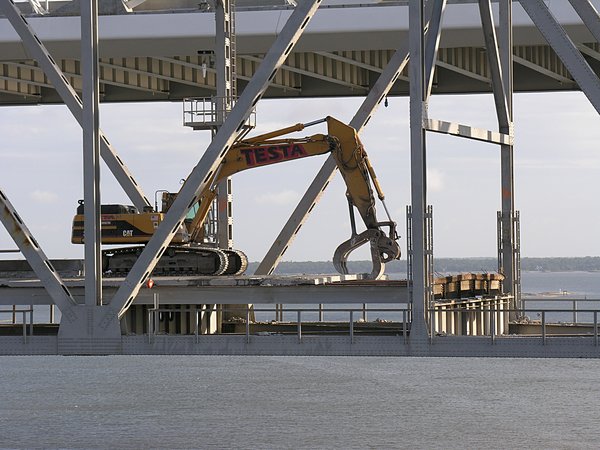 Next, Michael rotates the segment into a vertical position 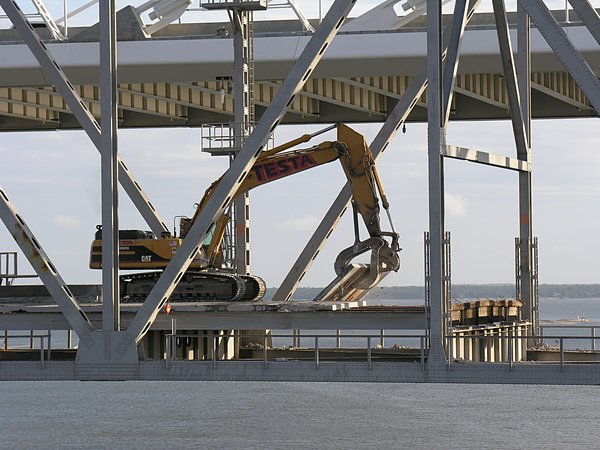 and completes the bite. Michael then turns around and places the segment on Jim's forklift 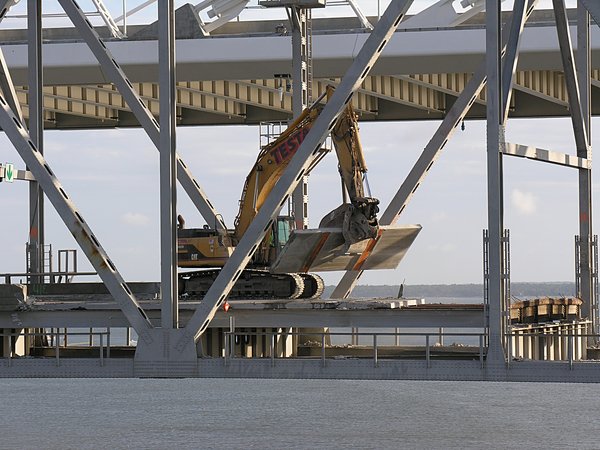 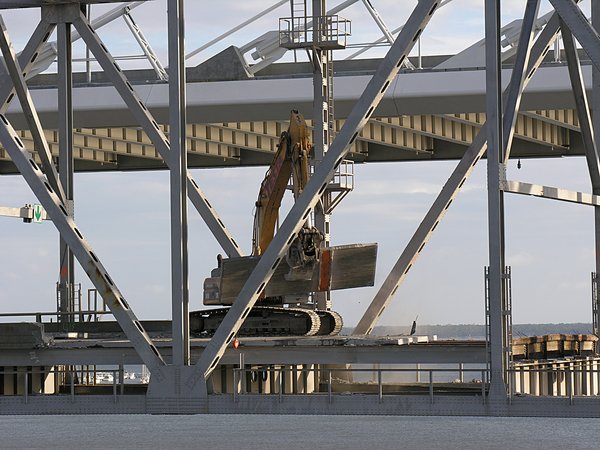 He then lowers the segment 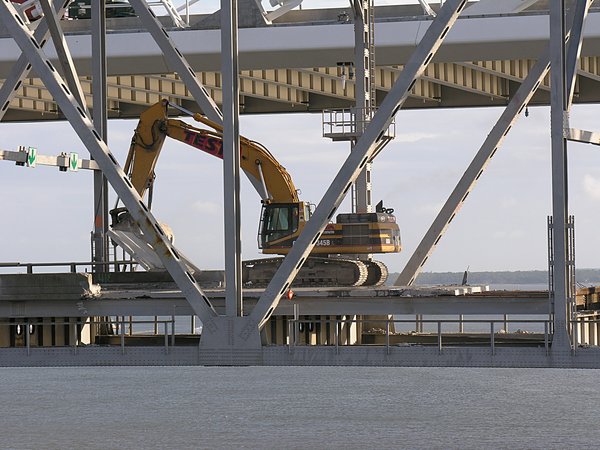 Gently putting it to sleep 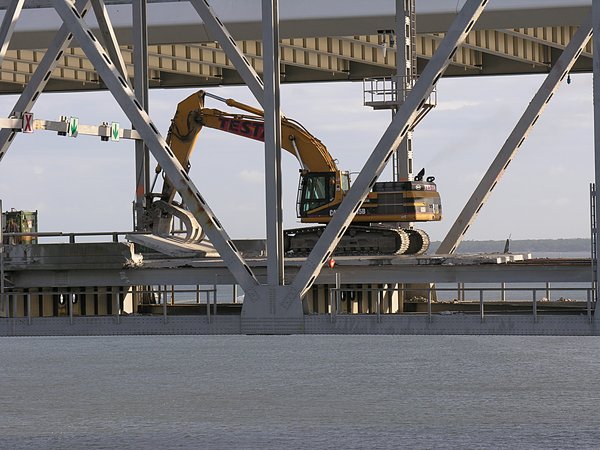 Later Jim approaches the segment from the left 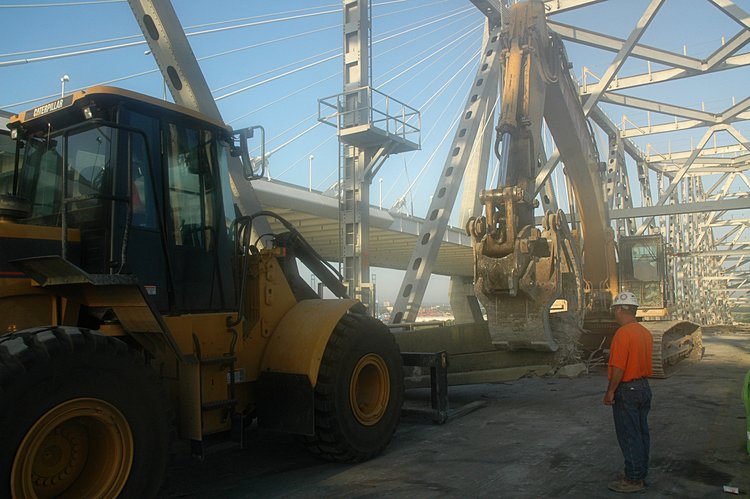 and Michael lifts it enough for the forks to support the roadway segment. 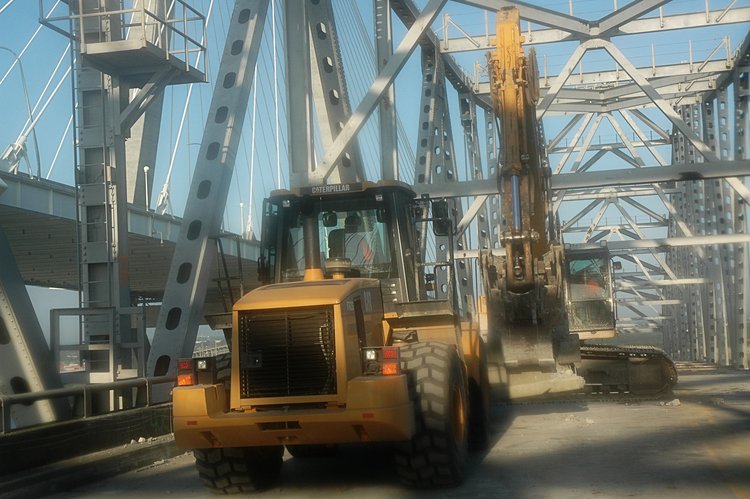 Then its off to the recycling area at the base of the bridge. 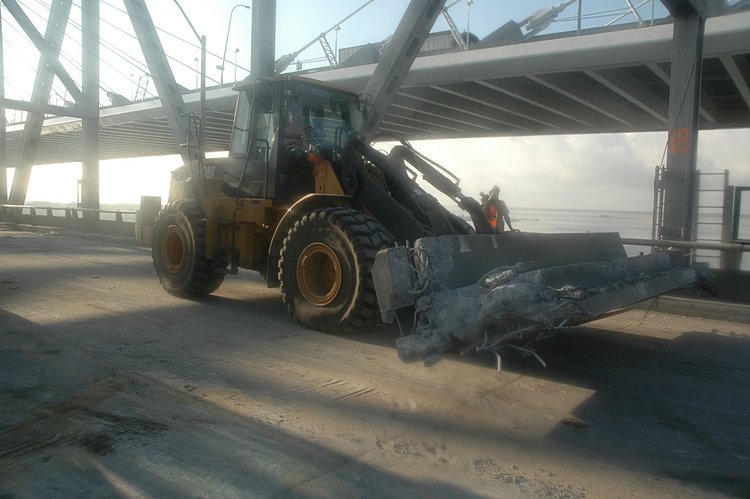