The Problem: There are a number of supporting columns linking the Town Creek and Cooper River segments of the Pearman Bridge. How does one remove these?> The problem can be readily seen here: a group of columns and caps that have to disappear. 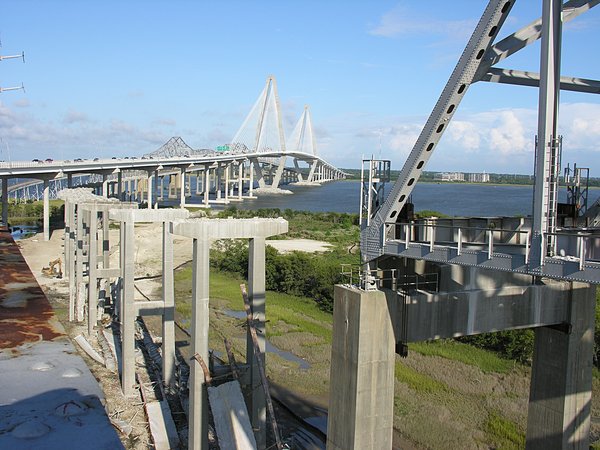 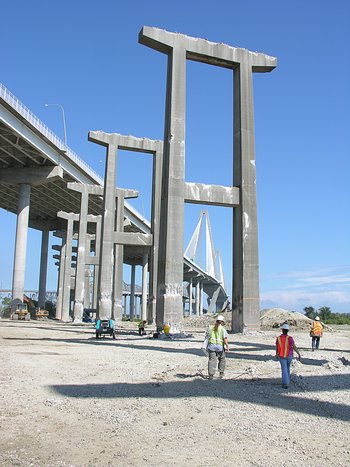 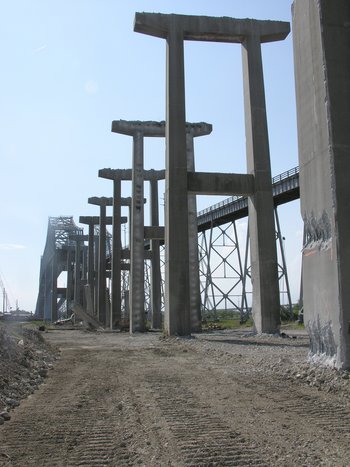 The idea dropping one of these concrete support structures is similar to dropping a tree. The structural integrity of the lower section of each vertical column is first compromised by chipping away at the base (which has been previously marked - 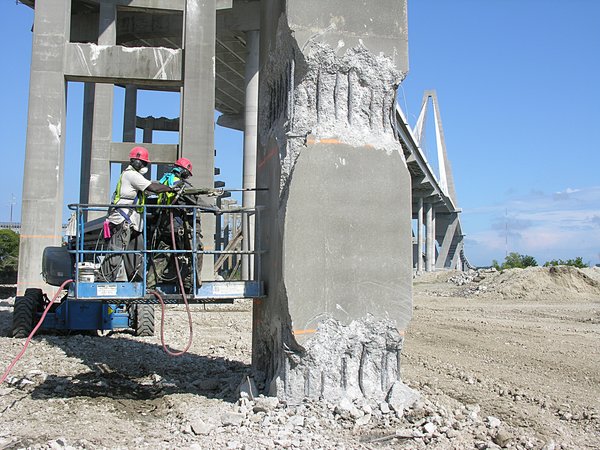 Holes drilled into the inner face of each column that accepts an explosive charge that, when ignited, will push the structure in the direction of the compromised base. 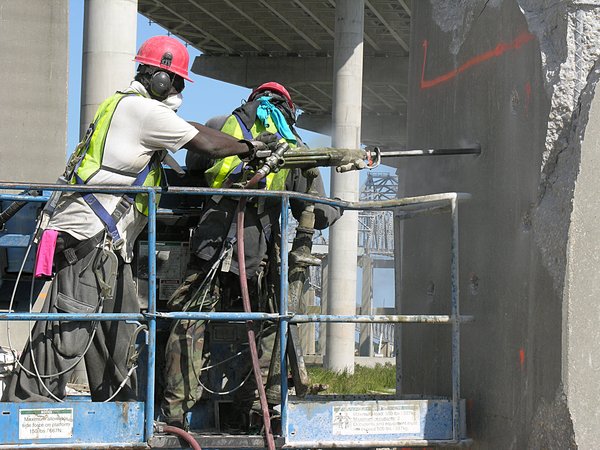 Practice makes perfect. This particular support will serve two purposes. Dropping it vertically will be a test of the strategy used to drop supports in the river. In addition, dropping it vertically will provide a way to minimize the domino effect - if all the segments fall in the same direction there will be a possible domino effect which each structure leaning up against its neighbor. To reduce the risk the middle structures is dropped vertically by placing the explosive charges and then timing the ignition to simply collapse the H-shaped concrete support. The explosive charges for the east (to the right) and west (to the left) H-supports supports are placed so that the strucures will fall toward this center support. Here you can note the holes drilled up the entire length of each vertical column of the center H-support as shown here from Drum Island and from the Grace Bridge 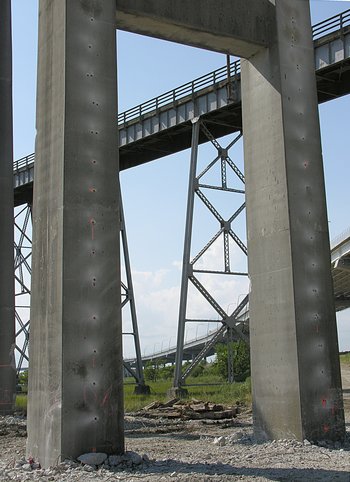 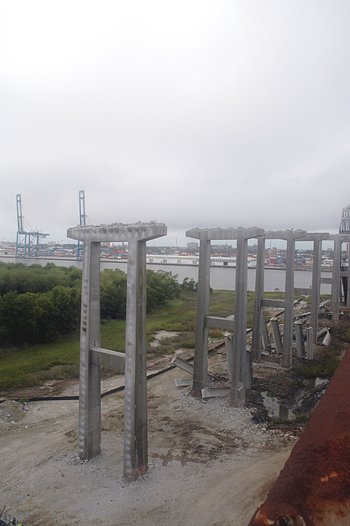 To get to the cap on the top of the columns, a looooooong man basket is used 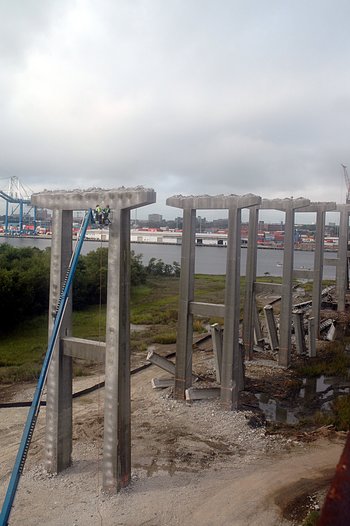 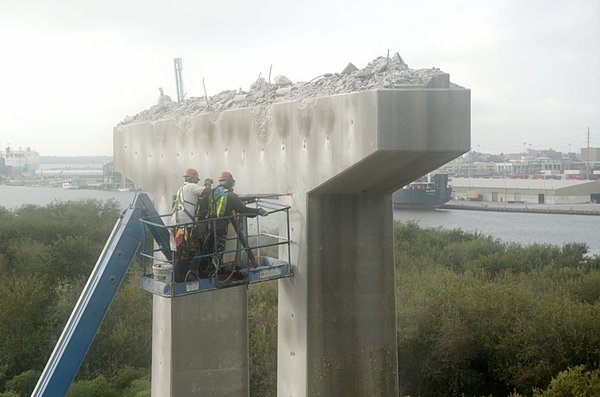