It was a foggy and dark morning - and a quiet that walks with the early morning. But the guys were at it - Pio, Nugget, Mike, Jim - working on the last segment of the Pearman roadway (up to the end of the superstructure) 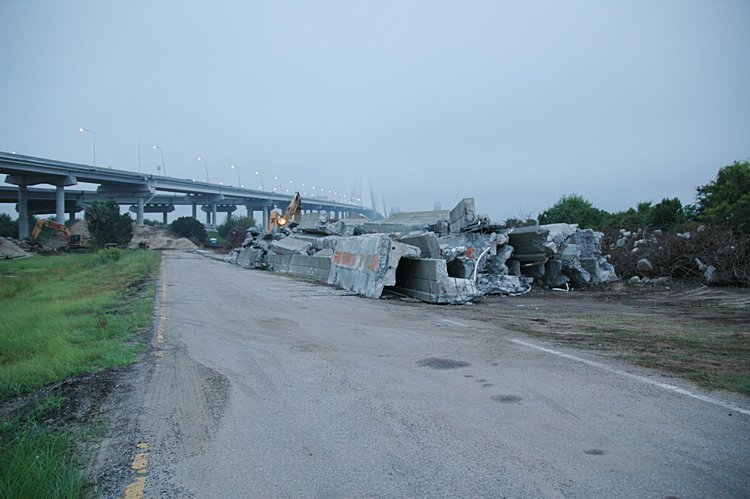 and Jack and his colleage (another short term memory problem of mine). Here - note the use of the bridge roadway segment to make a work surface for rebar recovery 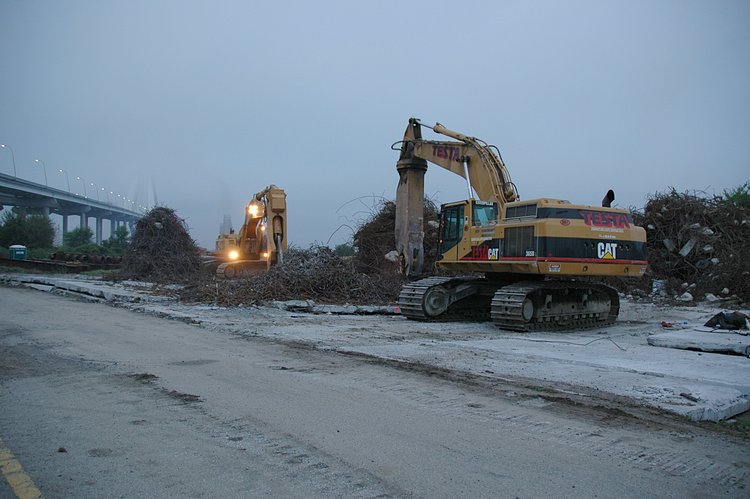 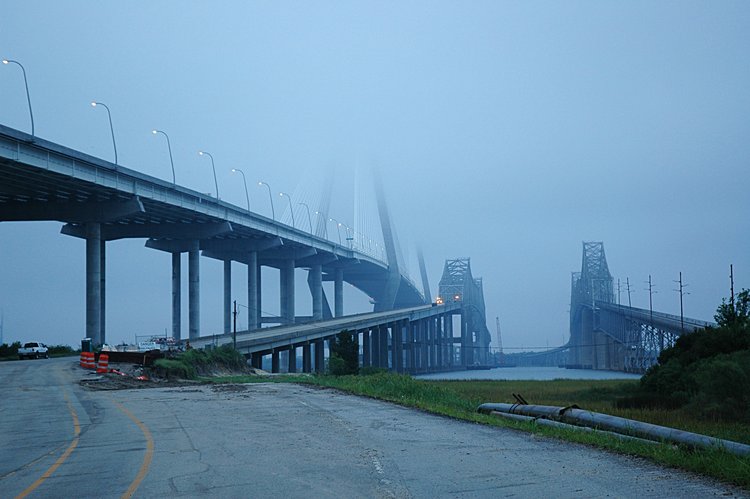 And a better view of Jim and his mega-forklift 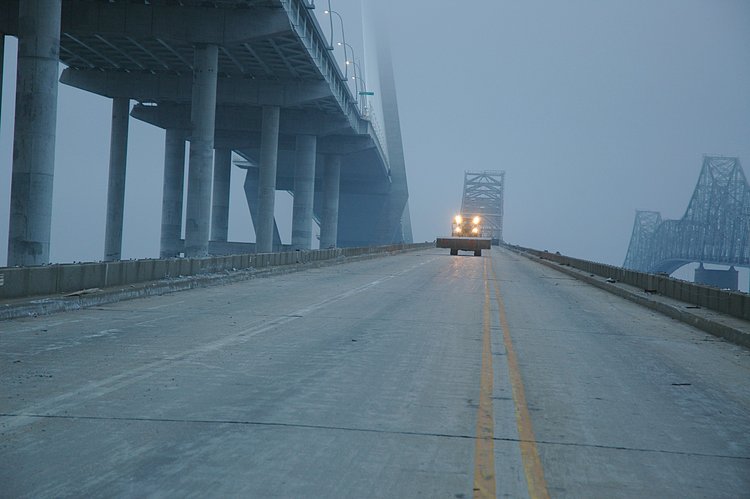 Here is Michael - chillin' a bit while the roadway is cut 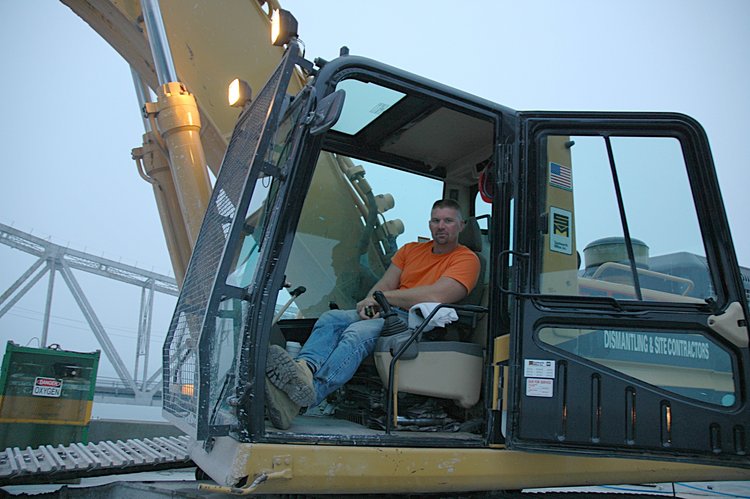 Here is the remaining roadway to be removed today 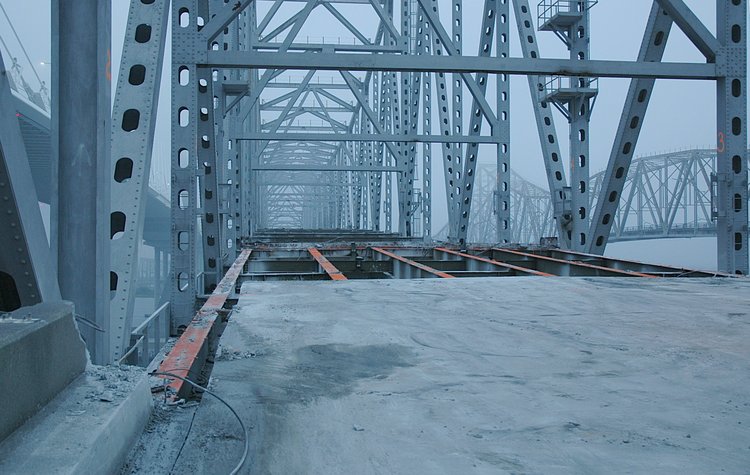 and Nugget has just finished his cutting 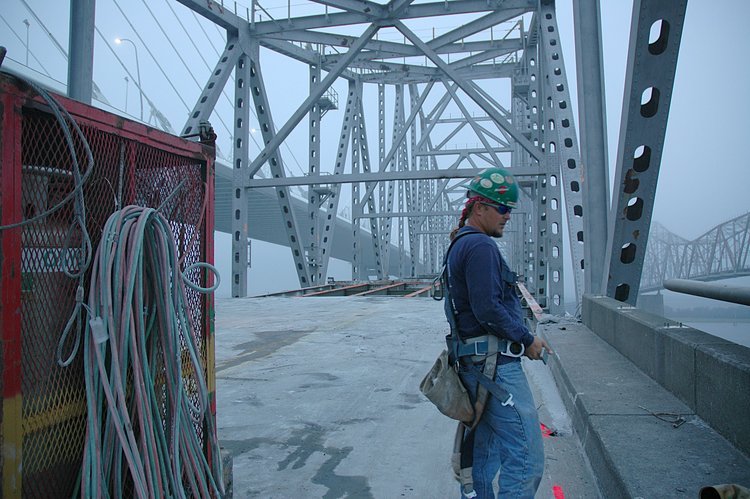 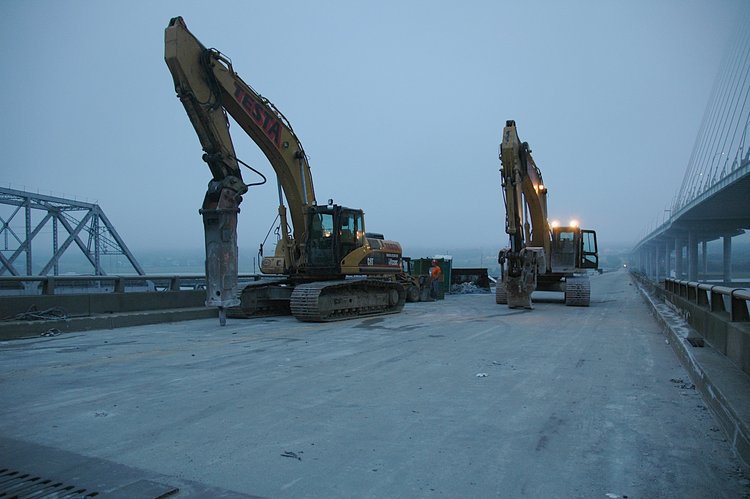 Richie has finished some of the cleanup and more chillin' together with Mike. Note that at 7am, Michael is not wearing sun glasses. 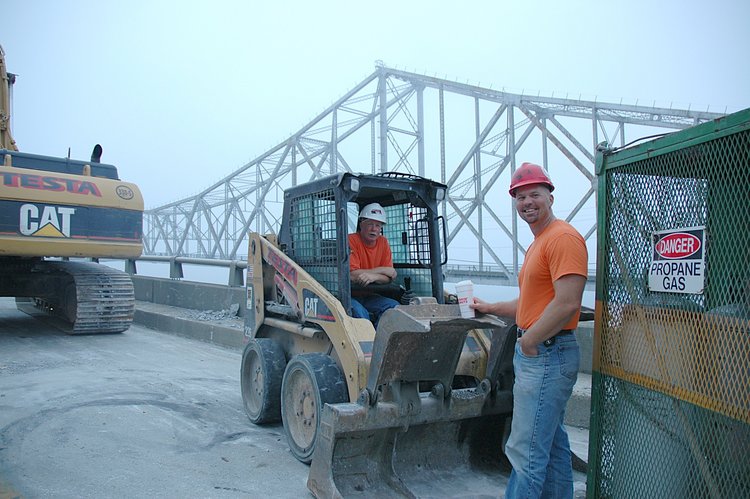 Meanwhile, Jim is fetching and toting road segments to the recycle area - and stacking them in nice neat stacks. Later these will be used to make a temporary roadway for the CATs as they work their way around the bases of the Grace and Pearman bridges. More recycling - someone on the team is a chess master and thinking 14 moves ahead! 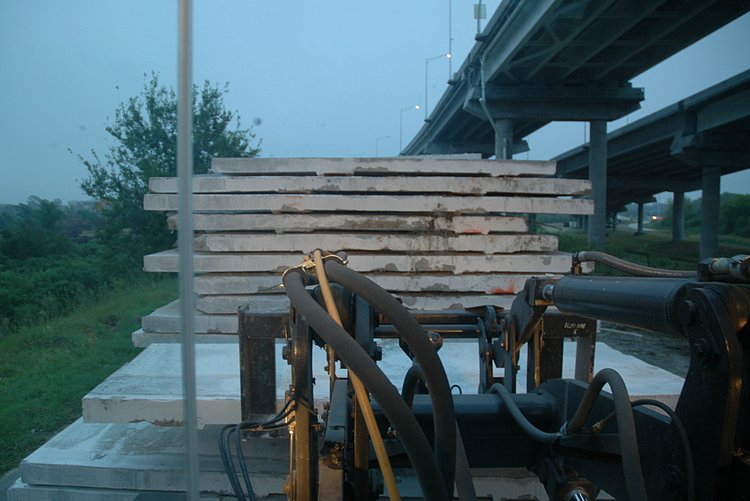 And Jack got the same message - no sun glasses this morning 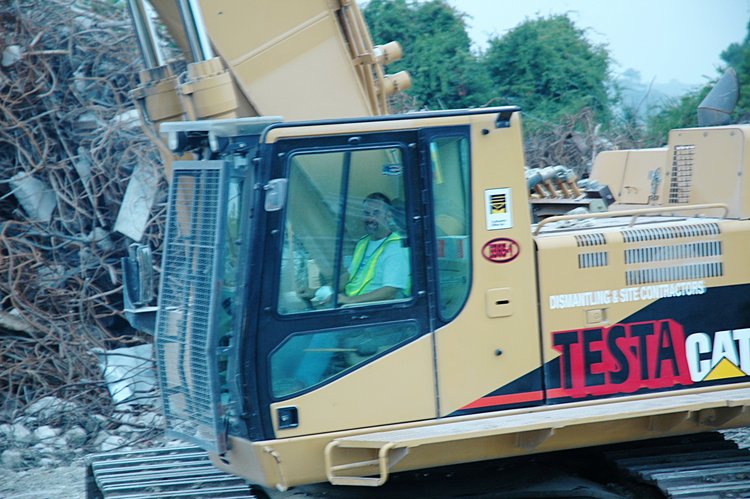