Yesterday Sparky watched our acrobats remove the top section of the A the next to last step in competing the cantilever removal. Today, I watch the removal of the bottom section of the A - more ironworker acrobatics. Here is the worksite 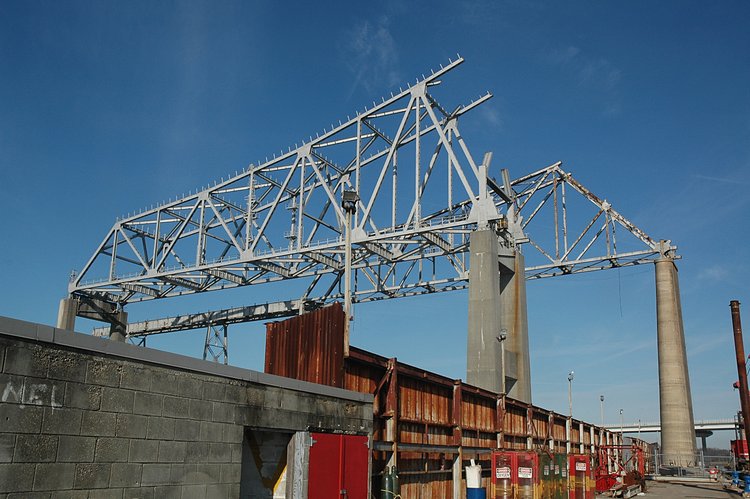 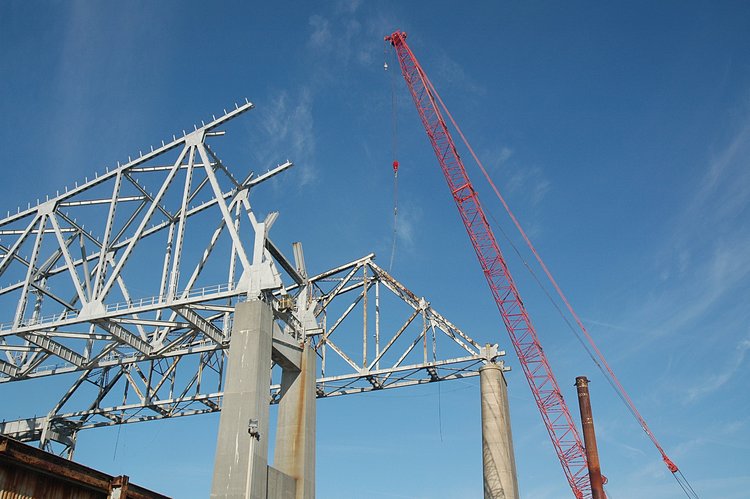 Two acrobats - one on each side grabbing the pair of cables 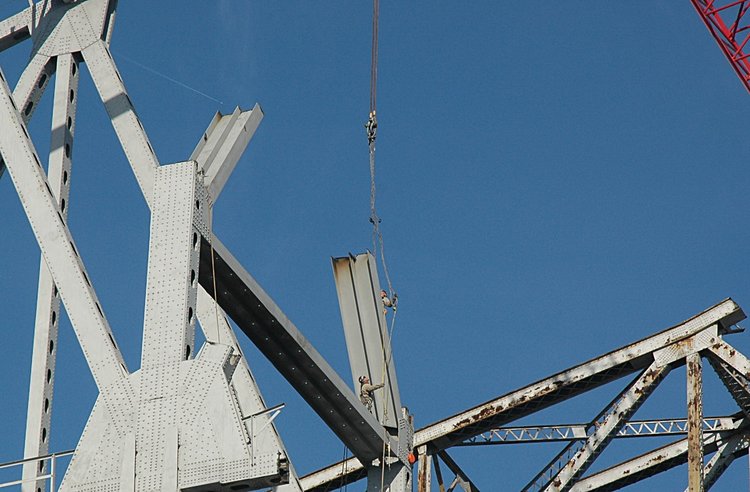 then orienting them - one for each side of the girder 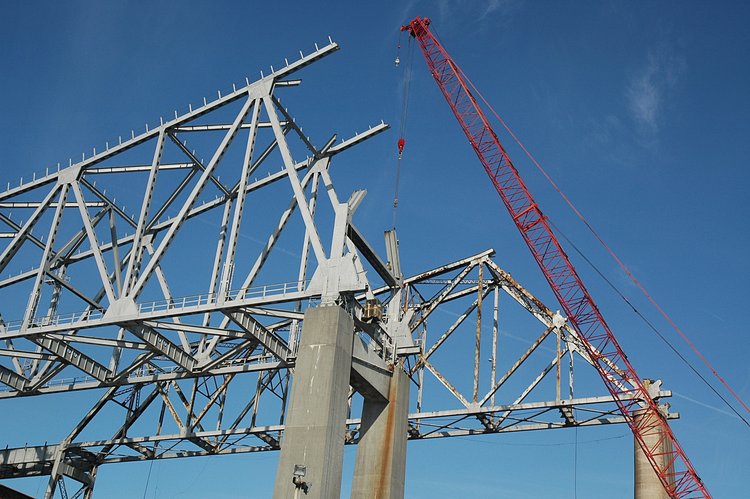 and connecting a shackel to each side of the girder 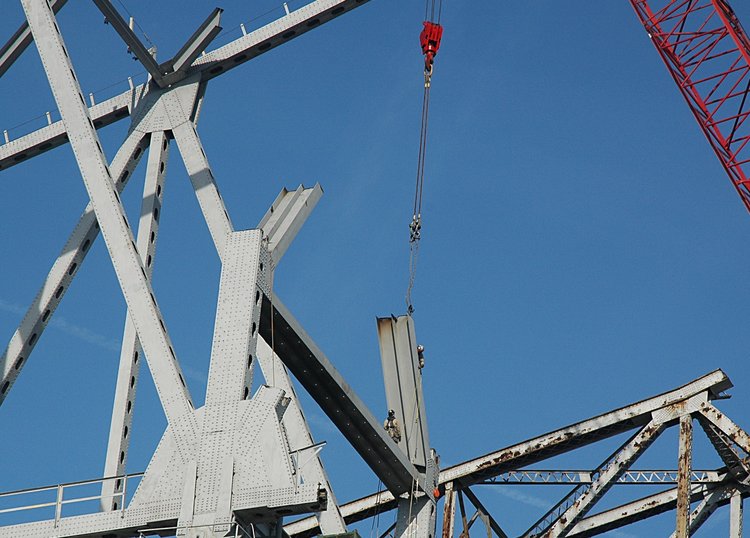 and then gentle tension 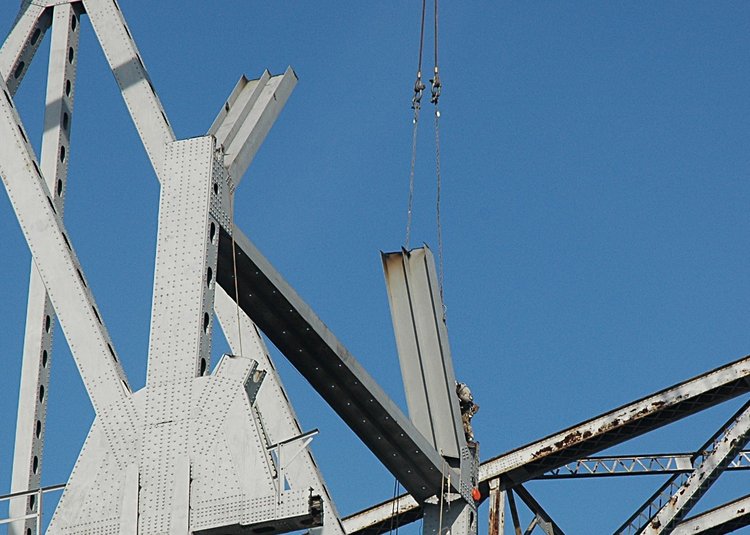 Now to start cutting the girder - from our right to left 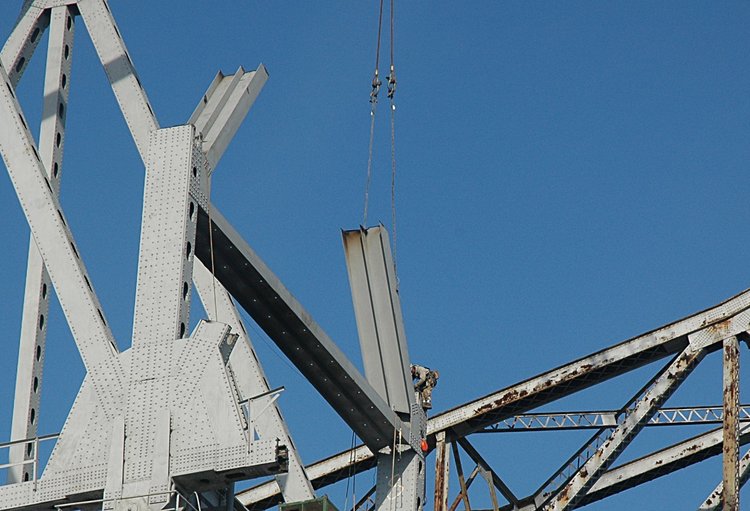 Burning a line across the girder 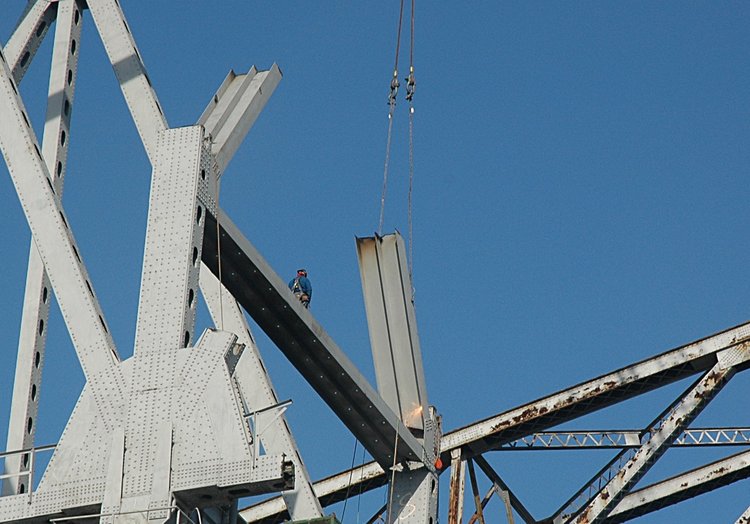 and then cutting across the edges 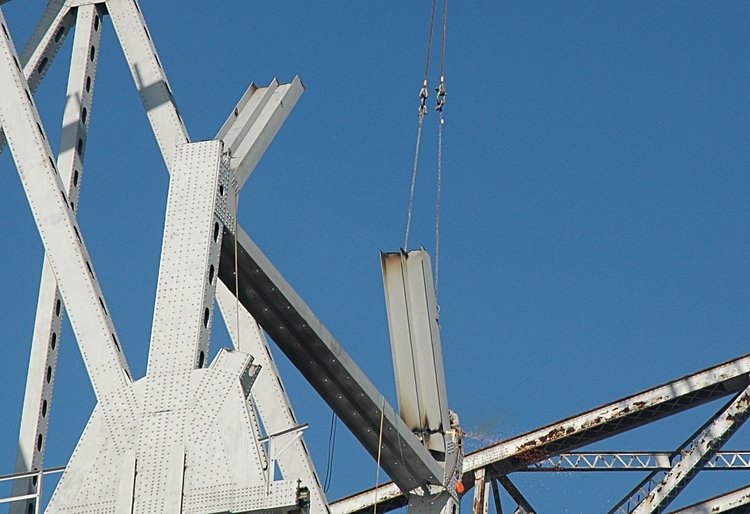 The last burn - and with your curious eyes, you can see the gap on left side opening. 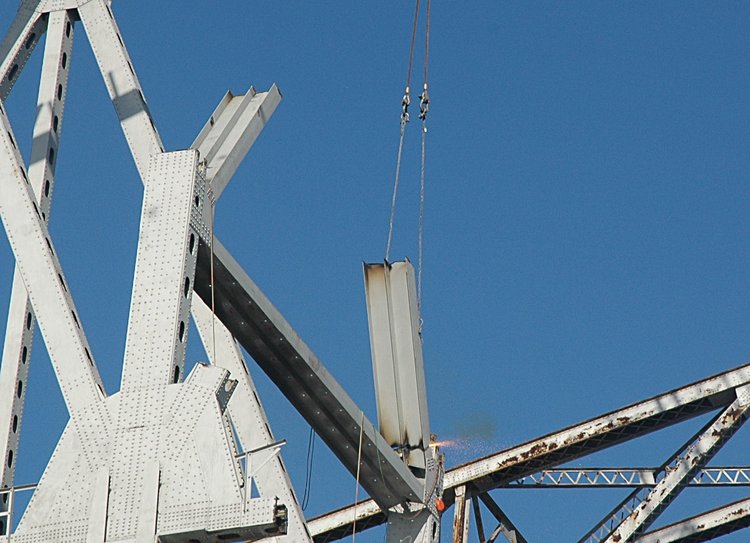 A little more tension separates the girder from the base 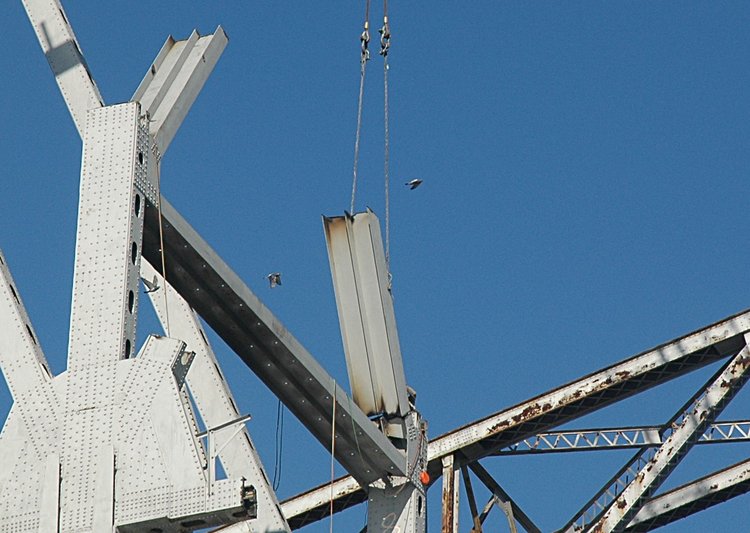 and signaling to lift the girder segment 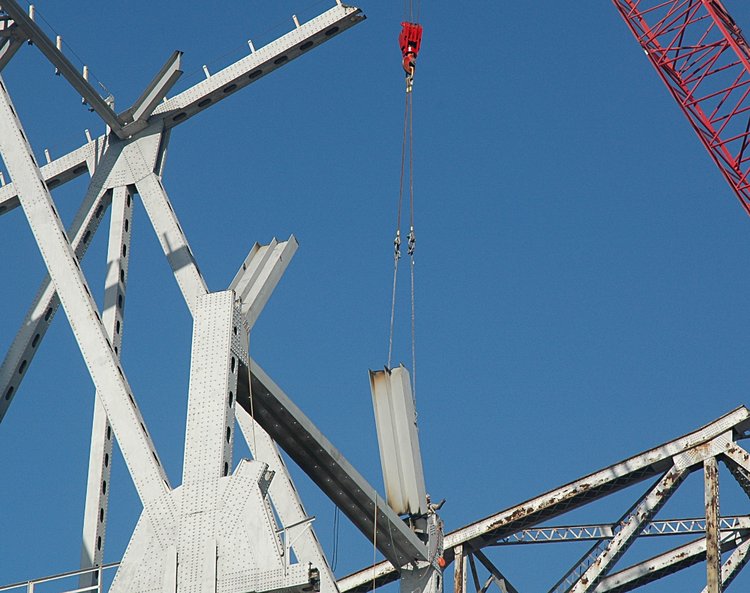 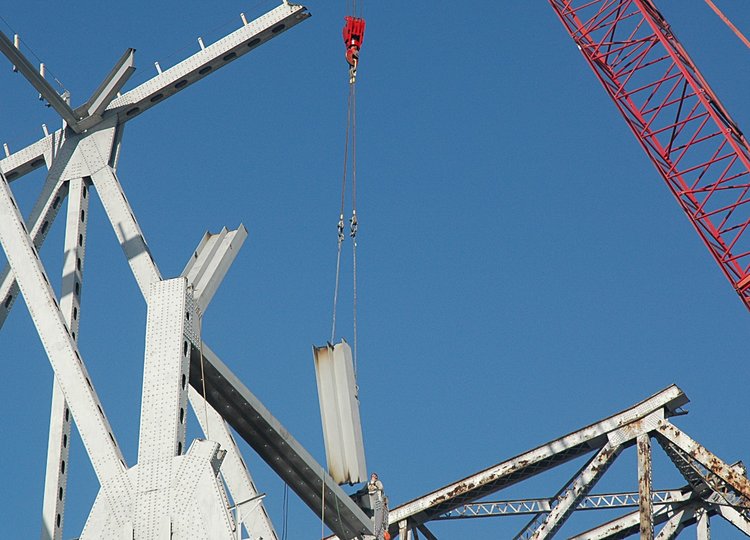 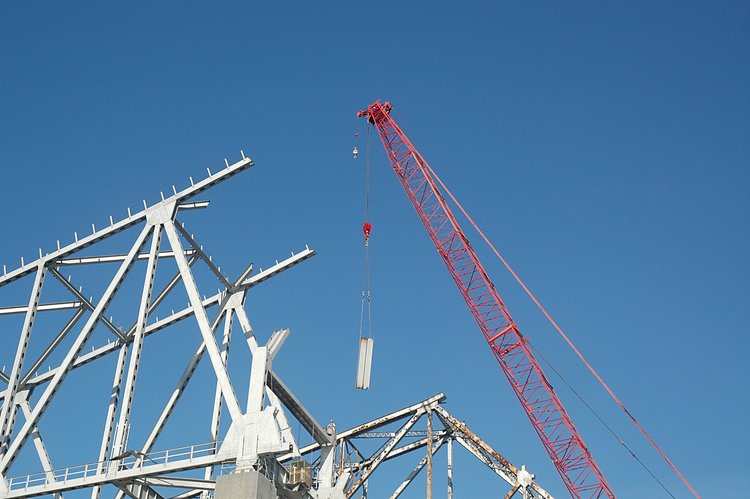 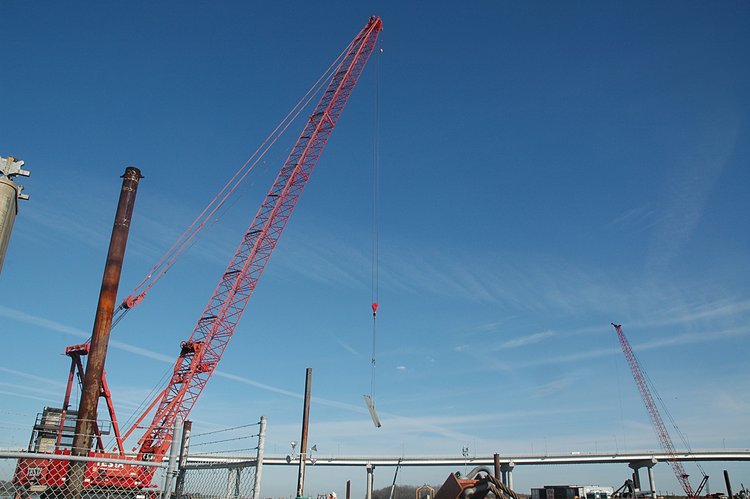 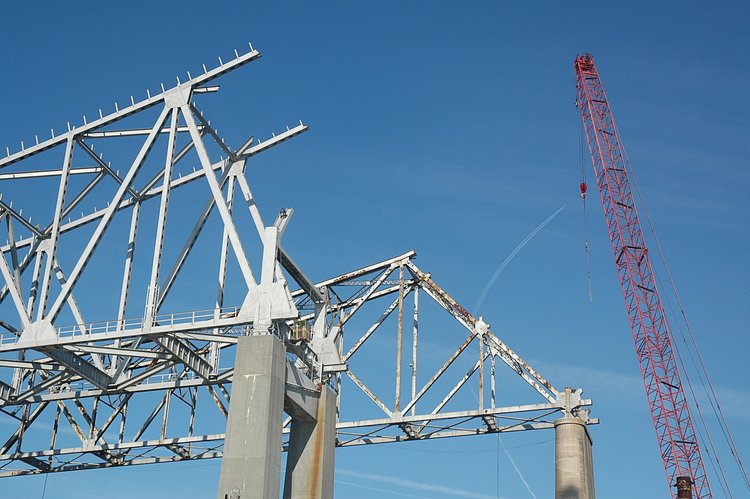 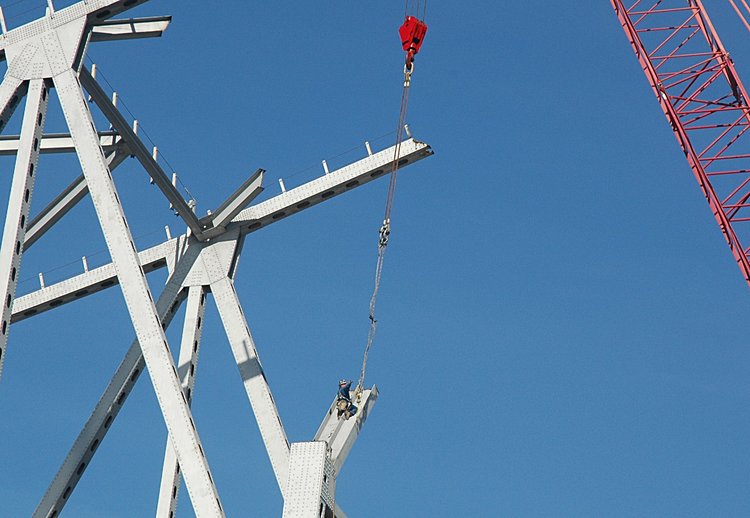 attaching the shackel for one of the two cables 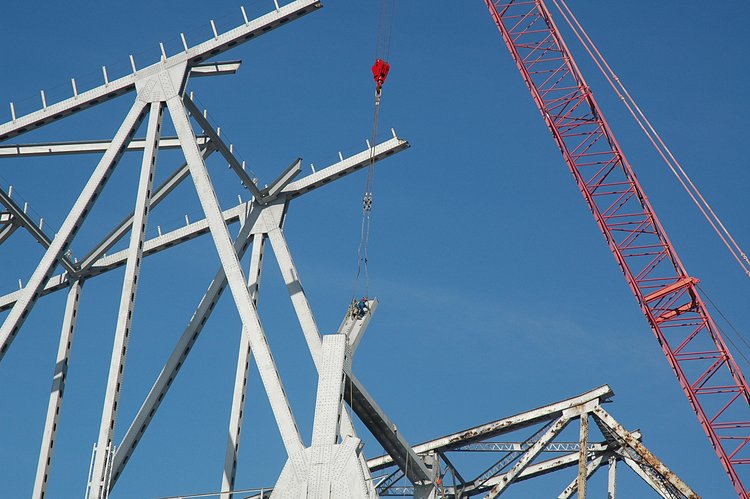 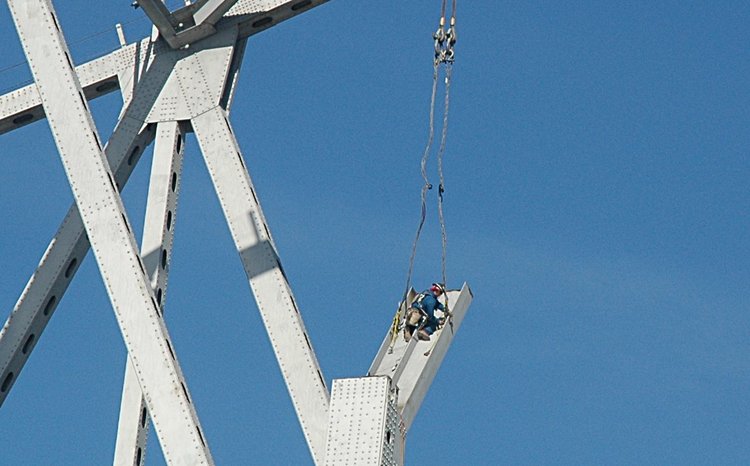 sort of walking down the girder 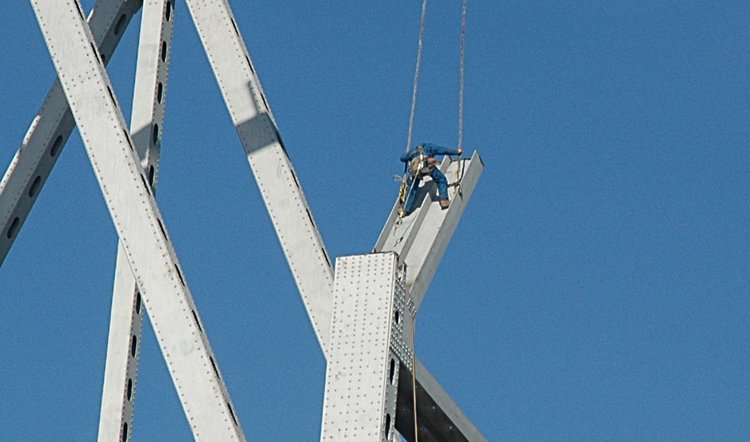 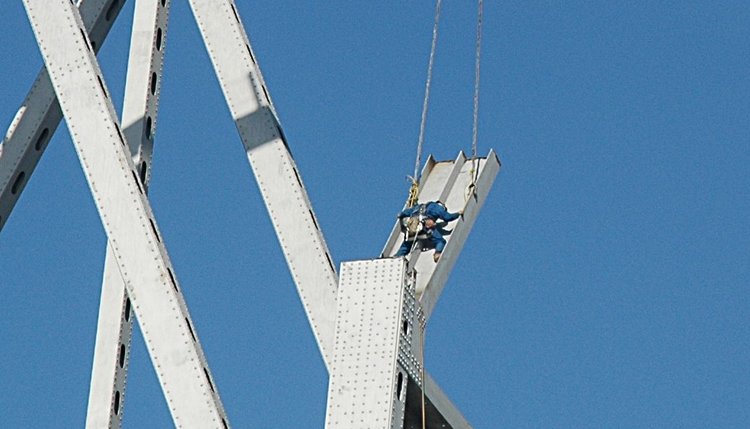 Then starting to cut the girder 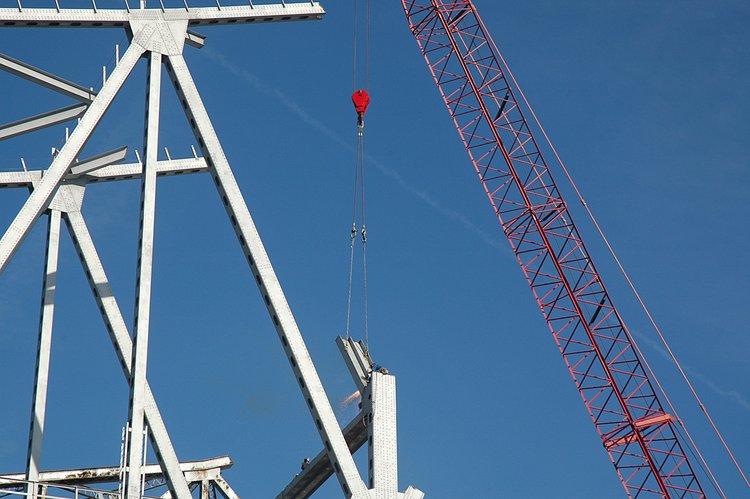 The last of the cutting 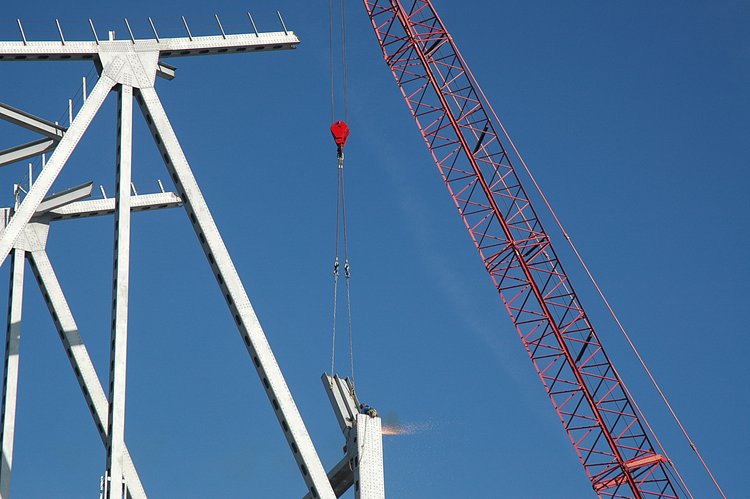 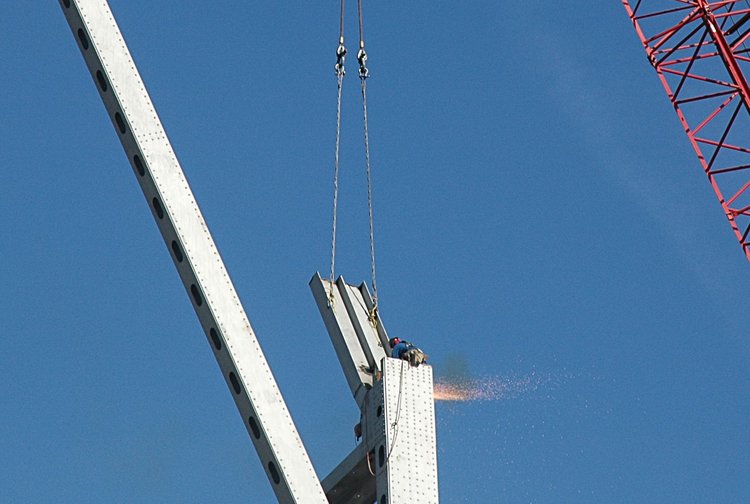 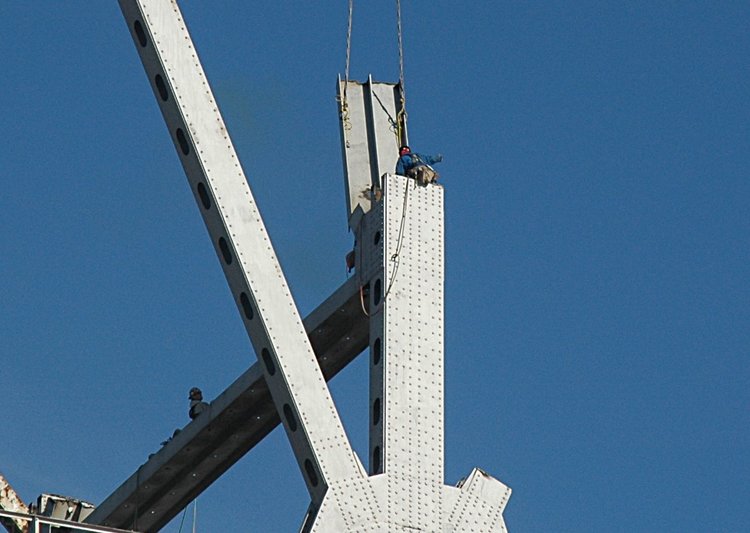 the girder is free 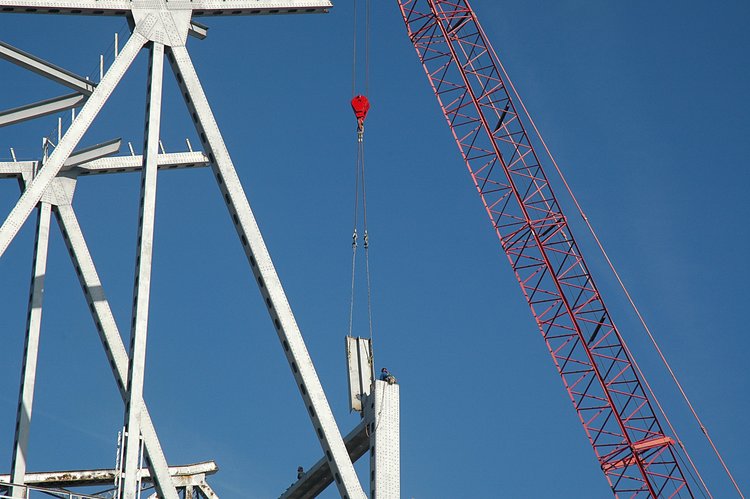 and moved to the barge 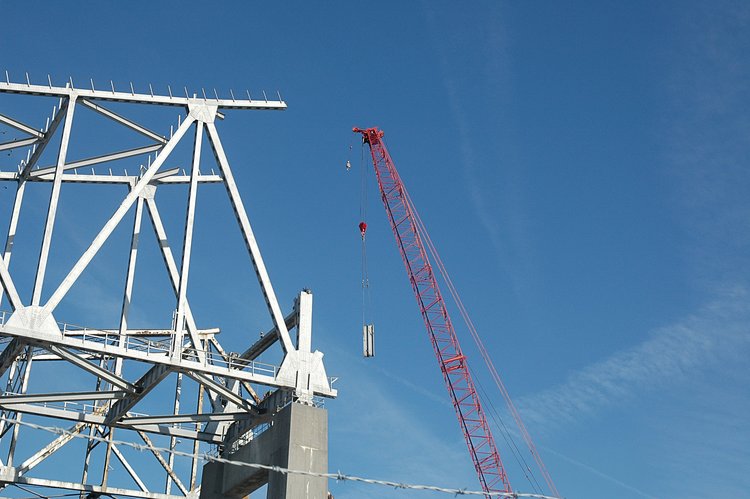